The latest temporary cease-fire with Gaza is set to expire on Wednesday at midnight.

Visiting an IDF naval base in Ashdod on Tuesday, Defense Minister Moshe “Bogie” Yaalon told the soldiers that Operation Protective Edge hasn’t ended yet, and we’ll need patience and perseverance.

He told the soldiers they need to be vigilant, and he doesn’t know if an agreement will be reached by tomorrow night, if the cease-fire will be extended, or if shooting will begin again. 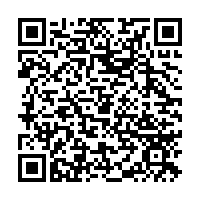