You learn interesting new things when you visit different towns and Minyanim. Today I learned of a Ramban on Parsha Chukat (the weekly Torah portion that is read in on Shabbat) that I hadn’t seen before, courtesy of Ari Fuld, who gave the Rabbi’s drasha in his neighborhood’s shul.

1:. The Canaanite, King of Arad, who lived in the Negev, heard that Israel had come by way of Attarim, and he waged war against Israel and took from them a captive.

2:. Israel made a vow to the Lord, and said, “If You deliver this people into my hand, I shall consecrate their cities.”

3: The Lord heard Israel’s voice and delivered the Canaanite. He destroyed them and [consecrated] their cities, and he called the place Hormah.


Seemingly the Canaanites attacked Israel, and to Israel’s surprise managed to take a hostage.

Israel then realized something was off, because they shouldn’t have suffered any losses.

So they then pray to God that they should be victorious over this unspecified, enemy nation.

They then destroy the “Canaanites”.

The Targum Yonatan Ben Uziel explicitly translates Canaanite in this first sentence as Amalek, in the third sentence he reverts back and calls them Canaanites.

Rashi points out that just a few chapters earlier in Bamidbar 13:29 it say:

This king of Arad should have been Amalek, not a Canaanite.

So what’s going on here?

The explanation given is that Amalek believed that Israel could defeat them in battle.

They hoped to confuse Israel and God by changing their clothing and language, pretending to be local Canaanites. Their plan was that Israel would pray to defeat the Canaanites and not Amalek, and thus, by praying for the wrong thing, Israel would lose, and they, Amalek, would end up victorious.

But Israel, after a hostage was taken, quickly realizes that something is off, and that they obviously weren’t fighting the Canaanites like they thought.

So they modified their prayer to be generic towards whichever nation it is they were fighting. And of course, as we know, they won.

Anyway, after modifying their prayers appropriately, Israel is victorious, as if Amalek were the Canaanites they thought they were originally fighting.

Now here’s the most interesting part:

“They [Amalek] came from a far away land, (specifically) to fight with Israel.”

Doesn’t that sound exactly like another group of people pretending to be indigenous, whose sole goal often appears to be nothing more than to kill or kidnap Jews, and destroy the Jewish state? (The answer is yes).

By the way, the Ramban mentions the maidservant was saved – may we also be zocheh that Eyal Yifrach, Gil-ad Shaar and Naftali Fraenkel be safely saved and returned home. 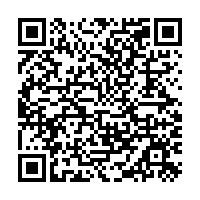