The post was originally published in 2011, but as this is the week some might bake shlissel challah, we are republishing the article.


You can read it all here, or see the following key point from the research paper:

– Every year Jewish women, young and old, partake in the Ashkenazi custom to place a key (such as a door key to a home), inside the dough of a loaf of bread that they bake. This custom is known as shlissel challah—shlissel from the German language shlüssel (key) and challah or hallah from the Hebrew for bread.

– The baking of a key inside a bread is a non-Jewish custom which has its foundation in Christian, and possibly even earlier, pagan culture. At least one old Irish source tells how at times when a town was under attack, the men said, ―let our women-folk be instructed in the art of baking cakes containing keys.

– Keys were traditionally manufactured in the form of a cross, the traditional symbol of Christianity, a physical item all Christian commoners would posses in their home. On Easter, the Christian holiday which celebrates the idea of Jesus “rising” from the dead, they would bake the symbol of Jesus—the key shaped like a cross—into or onto a rising loaf.

– The modern Jewish custom of baking the symbolic shlissel challah, annually takes place on the shabbat immediately following the holiday of Pessah, when tens (if not hundreds) of thousands of religiously observant Jewish women practice this observance.

– In Christianity, baked goods associated with keys are commonly called “Easter breads,” and in Europe they are also known as ‘Paschals,’ as the holiday of Easter in the East is known as “Pascha” or “Pascua.” This is most likely the reason Christians often call Easter breads baked with keys Paschals.

– While the custom is said to be mentioned in the writings of Avraham Yehoshua Heshel (the Apter Rav: 1748-1825) and in the Ta’amei ha-Minhagim (1891), there is no one clear source for shlissel challah.

And while people will say there is a passuq (Biblical verse) attributed to it, there is not. And, even if there were, a passuq that can be linked to the practice is not the same as a source.

Micha Berger, founder of the AishDas Society, [orthodox] calls this type of logic “reverse engineering,” it‘s like drawing a circle around an arrow in a tree, and subsequently declaring the arrow is a bulls-eye. The idea of baking shlissel challah is not from the Torah; it‘s not in the Tannaitic, Amoraitic, Savoraitic, Gaonic or Rishonic literature.

The Torah teaches that Hashem punishes the wicked, and rewards the righteous. It does not say that challah baking or any other activity will help address our needs…When the matriarchs were barren, they did not resort to segulas, but introspected and prayed… Nothing in Torah supports this concept of segula; Torah sources reject the idea of a segula… baking challas with brachos cannot help… segulas are useless, and violate the Torah prohibition of Nichush [good luck charms]. It does not matter if the charm is a rabbit‘s foot, a horseshoe, a challah, key or a red bendel. The practice assumes that forces exist, which do not, and it is idolatrous. – On the far end of the scale, it can be said that shlissel challah observance is a nothing less than “the way of the Amorites.” It is precisely this type of behavior and observance which Jews are supposed to separate themselves from, so it doesn’t go on to influence our thoughts and deeds. Am Yisrael was not created to lose itself in such folklore, and Judaism without disciplined study is nothing but folklore. Judaism allows and encourages the use of our minds. It‘s never too late to realign our path with Torah sources, not blind faith practices which are trendy, in, or cool.

– Educated Jews should help to promote Torah sources to our friends and neighbors, not false practices which are of non-Jewish origin and have nothing to do with Judaism. 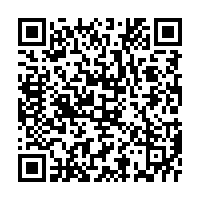