A group of “former” Arab terrorists and their leftwing Israeli enablers held a protest in Gush Etzion on Friday, between Beitar and Efrat.

They shut down Highway 60, the main highway between Jerusalem and Gush Etzion. They held up signs with ridiculous statements on them, such as “The wall is violent”.


While my regular readers know that I am not a fan of the security wall or of Iron Dome, as these are defensive measures we use instead of fighting to win, there’s no question that the psychological shock the Jihadists and their supporters felt when the security fences and walls went up, forced them to reevaluate the “success” of their suicide bombing campaign and ability to continue them.

Almost immediately the Israeli Left and the Arabs began fighting the wall, always leaving out of their narrative the fact that the Arab terrorists were the ones responsible for it having to go up in the first place.

The group who blocked Highway 60 in Gush Etzion describe themselves as having “actively participated in the cycle of violence”, which in plain English means, the Arabs in their group were active terrorists who tried to, and perhaps succeeded in hurting and killing Jews.

In fact, it may very well be that included in this group protesting the security wall are failed suicide bombers and the people that sent them.

Of course people like that would consider the wall “violent”, as perhaps more than anything it affected their ability to kill lots of Jews, and it heavily reduced the active Arab support for their acts of terrorism.

It’s an obvious question to ask, are these “former” terrorists still supporting terror? Is “peace” simply a new tactic for their same nefarious goals?

We could talk about their one-track, mostly one-sided message, and how they don’t block the roads to Yata and Dura in colorful protest of the serial Arab terror emanating from those villages.

They explain away their one-sided protests and imbalanced messages citing the “occupation”. Their catchall word for excusing everything.

But to me, the real warning sign is how “former” terrorists, whose plans were thwarted by the security wall, are now calling to tear down one of Israel’s primary passive deterrents against suicide bombers and Arab terrorism – right in the midst of a new wave of terrorism.

I think they’ve answered the question. 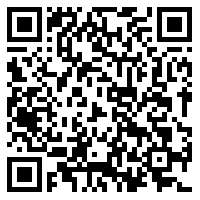