I was surprised to read the following incorrect analysis by a commenter on the Muqata Facebook page where yesterday’s blog post was cross-posted.

Yesterday, I put forward the idea that it is time we return to Gush Katif, and either way, the army will need to be there in key position, even after this operation ends.


Reader Yoni Rubin took exception to that idea, claiming that the war of attrition in Gaza would have resulted in far more murdered citizens if we stayed.

Yoni Rubin jameel, those who look at the disengagement that way today don’t realize what we gained from it. had we stayed in gaza, the pattern of dead soldiers and citizens being murdered would have continued (they were being killed at a rate of something one or two per month on the good months). we would have lost far more than we lost in all of the operations combined. the disengagement was executed in conjunction with the building of the separation fence in the west bank and the two have solved the far more deadly problems we had previously, ie suicide bombings. they were firing rockets and building tunnels long before the disengagement and those are the two threats that have cause the least damage thus far.

With all due respect (because he seems to be a good guy), Yoni’s numbers are numerically correct, but his conclusions are invalid as he quotes his numbers in a vacuum and out of context from all the other terror attacks going on at the same time.

But more importantly, his second point is that after leaving Gaza, while the overall number of people in Israel being killed by terrorists dropped (for reasons that had nothing to do with the Disengagement), there was a significant proportional increase in deaths caused by Gazan terrorists in relation to the rest of the country, and actually reaching a historical high.

Moishe Pupik The problem with that argument is that you are talking about a period starting around 1991, where 1500 or so Israelis were killed by terrorists, at a rate of 11 a month.

Let’s compare the numbers of Israelis killed by terrorists (soldiers and civilians):

So I’d say the percentages were far better back when we were in Gaza, than after we left.

Talking about 1 murder a month in Gaza sounds horrifying, but when you consider that Israel was averaging 19 murders per month (on average) from terrorism between 2000 to 2005, it puts that number into a different context.

And worse, when you consider that 34% of all fatalities by terrorism since the Disengagement originated from Gaza, compared to the previous high of 14%, it throws that argument out the window. 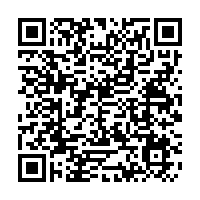