Yesterday’s Facebook post about the resignation of the Druze officer dredged up some very strong emotional responses. Some commenters demanded absolute equality for the Druze under the law, with the same exact rights as Jews in the Jewish state.

That made us very curious here at the Muqata.


Was this an emotional, populist response, or was this a thought-out vision for the state of Israel?

We devised what we call the “I Believe in a Jewish State” test.

It’s a single question, and your answer determines whether one’s opposition to the “Basic Law: Israel as the Nation State of the Jewish People” stems from unexamined populism or from an anti-Zionist ideology.

The concept behind the test is straightforward. Its goal is to clarify your understanding of “the Jewish State.”

It could be that you view Israel as a “Jewish State” but don’t actually know why or what that implies.

In Israel, we have a “Law of Return” which allows any Jew in the world to immigrate to Israel and obtain Israeli citizenship immediately. This law applies to anyone who has at least one Jewish grandparent or is married to a Jew.

Should the “Law of Return” apply to Druze, granting the approximately 1 million Druze in Arab countries the same rights as Jews, to immigrate to Israel and obtain citizenship immediately.

If you believe the Law of Return should either be abolished or be extended to include Druze, then you’re not a Zionist. It’s straightforward that you don’t believe there should be a Jewish state.

If you want to apply it to the Druze, why are you discriminating against the Bedouin? Or any other ethnic minority in Israel?

If you prefer the law be abolished, you might be relying on the current Jewish majority to maintain Israel’s Jewish majority, but that’s racist if you think about it, since there’s no other principle behind it.

If you believe that the Law of Return should apply only to Jews and should not be abolished, then you obviously accept that in the Jewish State there must be at least some laws that grant additional benefits and priorities to Jews over other religious, ethnic and national groups.

In which case, you need to examine your opposition to the basic law.

What about the Jewish state bothers you and is causing you this cognitive dissonance? The Hebrew language? The Jewish symbols? The ingathering of the exiles? The settling of the land?

Does it bother you that the law openly declares what makes Israel a Jewish state, and you liked it better when it was true, but not said out loud?

Or, have you simply not given much thought to what a Jewish State means and are merely parroting the leftwing and the media’s opposition to a Jewish state?

In our view, the new basic law is crucial, because it protects the essence of Zionism, and having watched the storm that erupted around its enactment we are even more certain of its vital important.

It is astonishing that more than 120 years after the first Zionist Congress, that here in the Jewish state, we would still be debating the very essence of Zionism: Hebrew as our language, free Aliyah driving our growth and prosperity, and settlement in the land of our patriarchs and matriarchs as our inherent right. What is wrong with us, people? 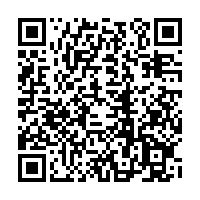