The Iranian forces in Syria have retreated to a distance of 53 miles from the border with Israel, Russian special envoy to the region Alexander Lavrentyev told TASS on Wednesday. “The Iranians have moved away, and the Shiite militias are no longer there,” the Russian diplomat said.

“There may be some advisers to the Syrian army, but the heavy equipment and weapons that could threaten Israel have moved away from the border,” he insisted.


On Monday, Russian Ambassador to Israel Anatoly Viktorov told Channel 10 News that Prime Minister Netanyahu’s demand for all Iranian forces to be withdrawn from all of Syria was unrealistic. “They (the Iranians) are playing an important role in our common efforts towards the extermination of terrorists in Syria,” the ambassador said. “That is why at this point we consider unrealistic any requests concerning withdrawal of any foreign forces from Syria.”

On Tuesday, Lavrentyev announced that Syrian government troops completely control the territories adjacent to the Golan Heights, and the operation to re-take southern Syria is over.

“Now, Syrian posts have been deployed in the entire territory adjacent to the disengagement line between Israel and Syria in the Golan Heights and at the Jordanian border,” he said, adding, “I would like to stress that the operation against the Islamic State and Jabhat al-Nusra militants in southern and southwestern Syria is over. The territory around al-Quneitra, Daraa and along the Syria-Israeli-Jordanian border has been cleared of terrorists completely.”

Lavrentyev told TASS that Iran was in Syria legitimately, having been invited by the desperate president who was under siege at the time. Still, according to Lavrentyev, it was decided that there was no need for them to be close to the border with Israel. “They (the Iranians) honestly said they should not be there,” he explained.

And everybody knows when the Iranians are being honest about something, you can take it to the bank where their assets are frozen.

“We are not doing anything behind anyone’s back,” Lavrentyev promised. And that’s a promise from Russia.

Lavrentyev announced on Tuesday that the next summit of the three countries who have divided Syria among themselves, Russia, Turkey and Iran, will be held in Teheran in September-October.

“The presidents of Iran, Turkey and Russia are expected to gather for an Astana-format summit in September-October,” he said, adding that no concrete date has been agreed to yet.

In December 2016, the foreign ministers of Iran, Turkey, and Russia agreed to hold talks about Syria’s future in Astana, the capital of Kazakhstan. The most recent Astana-format summit of the three invaders of Syria was held in Ankara in early April.

The same three invaders on Tuesday concluded a conference in Sochi, Russia, from which Iranian Deputy Foreign Minister Hosein Ansar emerged enormously pleased. “I would like to say that the meeting has yielded a rather good result. It was a good possibility to continue agreements between the three guarantor nations to promote the process of normalizing the situation in Syria so that the country could reach all-round peace and get over the crisis,” the Iranian diplomat told TASS. 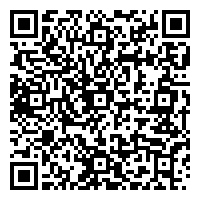