“I don’t know if there was any company in the Israel Defense Forces or in any army in the world that assembled such splendid manpower, pure bravery, and spiritual abundance as this company, who will forever be known by our people as the “lamed hey” (the thirty-five)…These lions of Israel were a mix of youthful spirit and glory, superior wisdom…and bravery fiercer than death.”
–David Ben Gurion


65 years ago this week, 35 young Haganah soldiers – mostly students at the Hebrew University – set out from Jerusalem to bring much needed supplies to the kibbutzim in the besieged Etzion Bloc south of the city. The soldiers were ambushed en route, and, despite fighting valiantly, the entire company was killed prior to reaching their destination. Toldot Yisrael’s latest movie A Bravery Fiercer than Death: The 35 Heroes of Gush Etzion tells their tragic yet inspiring story.

This is the fourth installment in the “Eyewitness 1948” short film series produced by Toldot Yisrael and was generously sponsored by the Alexander Family in memory of Shaul Pnueli, one of the fallen. The first three films in the series, Echoes of a Shofar, The Story of a Vote, and The Volunteers were made possible through the support of the Jim Joseph Foundation and others and have been viewed online over 450,000 times since the series launch in September 2010! A companion teachers guide including background information, discussion questions, and additional resources is available on their website. 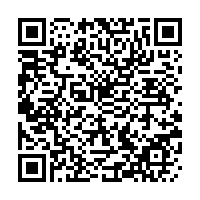