A thousand years ago, during the Gaonic period, the Tishrei holiday period, culminating with Sukkot, was the highlight of the year.  Pilgrims would flock to Israel to spend the holidays in Jerusalem.

In those days Israel was ruled by the Fatimids, whose empire stretched from the Levant to Northern  Africa.  The Fatimids recognized the Israeli Gaon as the leader of all Jews in their empire.

The Gaon was the head of the Israeli yeshiva, known as the Gaon Yaakov Yeshiva or the Eretz Ha-Zvi Yeshiva – the last remnant of the Sanhedrin.

The main holiday events took place on the last day of Sukkot, Hoshana Raba.  The Gaon would lead the people around the Temple Mount, and then the crowd made its way to the Mount of Olives.  After they climbed the mountain, they circled it seven times.

A monumental stone marked the spot where God looked over the Temple Mount. The Gaon would sit on this stone as he spoke to the assembled crowd.

After a holiday sermon, he blessed the Jewish communities of the Diaspora, mentioning each by name, and those Jews who donated to the local community.  He announced new appointments (semicha) in the yeshiva and throughout the areas under his jurisdiction.

This was also the time when the Gaon pronounced a ‘Herem’ (excommunication) against those who strayed from the path.  Specifically against the Karaites, for not following the Rabbinic Kashrut laws on eating milk and meat.  In those days the Rabbinic Jews lived in the area south of the Temple Mount, while the Karaite Jews lived across the valley, in Silwan, on the south-western slope of the Mount of Olives.

In what became known as the “Mount of Olives Declaration,” the Gaon announced the dates of the holidays in the upcoming year.  This Declaration emphasized the centrality of Israel for Jews everywhere.  Pirke De-Rabbi Eliezer talks about this issue at length (ch. 8) and establishes that the calendar must be set by the Jews of Israel, regardless of their position.  “Even if there are prophets abroad and laymen in Israel, the calendar must be set by the laymen in Israel.”

Though sometimes marred by conflict, strife and hardships, the Mount of Olives celebrations were a memorable and uplifting national event.  It was a rare opportunity for Jews celebrate as a nation in their ancient capital. As one pilgrim witnessing the celebrations wrote his friend: “The congregation had the most beautiful holidays, like we’ve never seen before.”

The picture above has more information on this year’s Hoshana Raba events on the Mount of Olives. 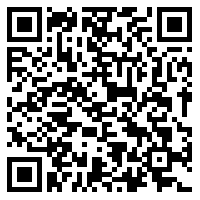