Gideon Levy of Ha’aretz wants to know what we Settlers think when we drive through the Gush Etzion junction and see the army garrison it’s become.

For Levy, that the junction has become a military zone is proof to him that we Jews don’t belong here as the Arabs will never give up their right to try to kick us out and kill us. He sees a violent, fearful state “that insists on living by the sword.”

But that’s not what we Jews see.

We see an Arab society that is just as evil and sick as it was back in 1929 when they massacred and wiped out the ancient Jewish community of Hebron. You know, back when we didn’t have a sword to live by, much less settlers and a state.

And we remember 1948, when the Arabs destroyed the Jewish communities of Gush Etzion, massacring 240 men and women.

So when we see the heavily guarded Gush Etzion junction in 2016 and the ongoing Arab terror attacks, we see that the Arabs still haven’t changed.

In 2016 we are prepared, and more importantly, able to fight for what is ours.

We see our soldiers standing firm, prepared to kill any Arab terrorist trying to murder us.

This isn’t the Gush Etzion of 1948 which Levy pines for.

But admittedly, we are also dismayed by what we see.

Two or three years ago, most of the soldiers we saw at the Gush Etzion junction were there to drink coffee and eat cake at the Pina Chama – the free coffee stop for soldiers.

But not anymore, and that’s a sign of failure of our political leaders.

The need to station so many armed soldiers at the Gush Etzion junction is a result of their failure to deal with the root of the problem.

It means our deterrence has deteriorated.

Our political leaders are afraid to fight to win. They’re so terrified of winning they instead build more Iron Domes, they put up more concrete barriers and they pave more bypass roads.

Instead of acting on offense, cleaning out the source of this evil, which includes the Palestinian Authority, we play defense, defense and more defense.

The IDF’s overnight pinpoint operations are like trying to empty a swimming pool with a thimble.

And by the way, this policy isn’t fair to the members of the Arab communities who don’t support terror, when we don’t uproot the terrorist families living in their midst. 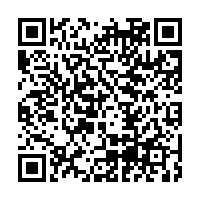