Justice Antonin Scalia, who passed away late last month, was a brilliant jurist (having served as an associate justice on the United States Supreme Court for the past thirty years), an acerbic wit, a kind gentleman, and a devout Roman Catholic.

He was a strict constructionist of the American Constitution, often stating that the simple language of the Constitution should not be reinterpreted and twisted in order to render decisions that conform to current mores and political correctness.


He famously called opinions written by many of his liberal colleagues “haberdashery” or “applesauce.” He was a pugnacious questioner of those who appeared before the court and his sharp intellect and brilliant analysis of constitutional issues impressed all, even those who consistently disagreed with him. Justice Ruth Bader Ginsburg, his ideological polar opposite, claimed him as her best friend on and off the bench of the court.

Scalia was a deeply religious man who operated in the realm of separation of church and state, which is the bedrock of American constitutional democracy. He avoided unnecessary publicity, both personal and familial.

He was a strong voice for tradition, morality, and the old-fashioned value systems of America and was out of tune with much of the liberal policies and legislation that currently rule American society.

His passing will impact the Orthodox Jewish community in the United States. It is no secret that the current dominant culture in America is completely out of tune with Jewish tradition. The relaxation of all sexual mores and restraints, the atmosphere of violence that dominates American television and movies, the hedonistic goals of much of America’s youth, the obsession with personal technology and communication, all impact negatively on the maintenance of a traditionally Jewish way of life and Torah observance.

Justice Scalia had the courage and the bully pulpit to point out that this restructuring of America was in many ways unconstitutional and morally dangerous.

It is unlikely that there will be another voice as strategically placed and influential as was Scalia’s And that will certainly make it culturally, if not even legally, more difficult for an Orthodox Jewish society to maintain the gains made over the last half-century in America.

What happens in general society always profoundly affects the Jewish world, sometimes directly, often indirectly. But it surely affects our world even if most of us are consciously unaware or even uncaring about what the outside non-Jewish political world is interested in or doing. And that type of head-in-the-sand attitude is very dangerous in the long run, as the twentieth century should have proven to us.

The Orthodox presence in Israeli society is larger and more politically potent than it is in the United States. But it is also affected and influenced by the general society, which in turn is strongly influenced by American popular culture.

The shrinking world wrought by advances in technology has effectively destroyed any bulwarks of cultural isolation here in Israel as well. So what the American Supreme Court decides, amazingly, affects Bnei Brak too.

There is great importance to who sits on the Supreme Court. The fact that many in our community may choose to ignore this fact, either out of a belief that what happens in the general world is unimportant or out of a simple misunderstanding of the issues involved, is a great danger to our ability to retain a traditional Jewish life style in the Jewish state.

We have to hope and pray that somehow another champion of moral values will arise in American society. 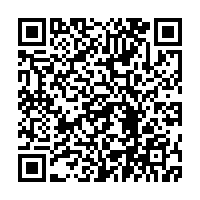