More often than I would like to admit, my stomach turns with a sudden onset of fear. For some reason, I can’t rid myself of this unease about the country I live in.

Europe is turning into a hub of religious discrimination and I just can’t fathom why.


Working in the newspaper field, stories of antisemitism flood my desk far too regularly. In all honesty, I have sadly now acclimatised to seeing news reports of terrorist attacks, bomb explosions and mass murders. These things just don’t seem to shock me anymore.

But isn’t that the saddest part?

The fact that these things are happening is bad enough but I find it even more disturbing that I’m simply getting used to it. Police cars, security personnel and trained hounds now shroud the entrances to schools, businesses, shops and synagogues.

I’m proud to be British, I feel a great connection to this country. My mannerisms, preferences and attitude give my nationality away within moments no matter where I am around the world. I get high-fives and smiles when foreigners hear my noticeable accent but if they find out my faith, more often than not, their demeanour noticeably adjusts.

The main concept I find difficult to comprehend is why my personal beliefs taint how I am perceived as a person. I believe the Torah to be true, I live by moral laws and guidelines, I light candles and refrain from activity one day a week and on the occasional high holiday, I am careful with what I consume and I attempt to keep commandments to my utmost. These, however, only impact my personal day-to-day existence. I don’t impose my lifestyle on others and I don’t spend my time trying to recruit people to join me in Judaism. So why then, I ask, do I feel prosecuted in Great Britain, 2015?

Just before my 16th birthday, I stepped off a coach in Poland to enter the gates of the death camp Majdanek. I was young; a mere child trying to figure out the atrocities that took place at this exact location. Atrocities that people far superior than myself cannot explain. I didn’t know what to think. I walked from fences to a gas chamber, to barracks and finally to the Dome of Ashes, a short distance from the crematorium that created this mound of destruction. I felt numb and nobody around me uttered a word. Nobody had any words they could say. But I walked out of there feeling pride that we survived and that we now have a land to call our own. Thank G-d, I thought, I’m living in 2009 and not 1939.

I don’t think that today.

I was in a taxi last winter and the driver picked up my ethnicity. Being named Mohammed, it didn’t take me long to determine his either. The car drove in silence but I kept catching his glimpse in the mirror every so often. Being me, I threw a simple conversation starter out there.

Silence engulfed us once again and I just looked in the mirror and smiled at his response, showing that I was genuinely glad to hear it.

“I’m supposed to hate you.”

Five little words cut through me like a butcher’s knife. He just looked at me uneasily and flicked his eyes back onto the road. I had no idea what to do with that statement or what to respond. Do I start dialing two ‘9’s just in case? But for some reason, I just said to him plainly:

Silence again.
Never take a taxi during rush-hour on a workday.

“I guess it’s a case of whether you will live for hatred or strive for love. If you hate all the time, it’s so consuming. Living in peace is so much simpler than dealing with hate. I’ve never met you, I’ve never spoken to you, so I’ve never had a reason to hate you.”

His distant stare made me worry whether I’d insulted his faith or beliefs.

“I knew you would be different.”
“Different how?”
“I don’t know. Just… different.”

He pulled up to my house, I paid and thanked him but before I could leave the car, he turned around.

“I don’t hate you. I have no reason to hate you. Thank you for proving something to me.”

I got out and that was it. Those 20 minutes that I found surreal could have potentially changed someone’s life. Not only that, he can now go on to educate his children that hatred isn’t necessary.

I’m proud that I was a part of that exchange, but it just shows how people despise a certain faith for no apparent reason. The sound of the German glass smashing in 1938 is gaining more volume. The Nazis may have gone but there seem to be others rising to take their place.

“Learn from history, or you’re doomed to repeat it.”

Do I feel safe?
Not in the slightest.

Israel Must Choose a ‘WINNER’ for IDF Chief of Staff 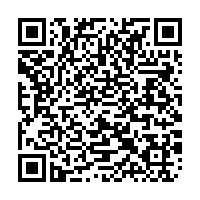