There are moments when you know you are watching history being made. Images you see that will adorn textbooks of future generations.


Being a British citizen throughout the past few months has been rather confusing. Every news channel has felt the need to mention the EU Referendum at least once every 15 minutes or so; as if it is breaking news that someone may have missed.

The campaigning, traveling protesters, broadcasts and TV shows that haven’t stopped caused a stir amongst the people in the UK. The feeling of revolution and independence brought people to life. The idea that they are ‘trapped’ in the EU made them feel like they needed to seek their freedom.

All of a sudden, thousands of facts and figures, supporting both sides, burst forward. The fear of losing our National Health Service, the (apparently) £350 million that we pay to the EU every week that we need for ourselves, the worry of being an island left alone or the uncertainty of the financial markets. However, the biggest issue that everyone felt most important was immigration.

A large percentage of people who voted ‘Leave’ did so in the hope that we would be able to get rid of foreigners within our midst and stop them entering the country at all. In fact, it was this issue that left me the most torn out of them all.

Traveling round the country, I’ve heard the lack of English being spoken. It seems as if other languages have become more dominant. Members of other countries have come in their hundreds of thousands and settled here in the hope of seeking a better, sometimes easier, life.

But many of those are here seeking to exploit the generosity of our government. They want only to take advantage of our benefits system and leave as soon as they’re content with their spoils. This is what angers UK Nationals – knowing that our hard work and taxes go into the hands of people who never want to learn how to sit behind a desk.

For Jews, it’s difficult. Decades ago, we were brought into the country seeking refuge from annihilation. It was hard for our ancestors but they came with a mission in mind. They didn’t want to lie down and hide, they wanted to establish themselves, build businesses and families and ultimately enrich the economic environment of Britain.

These thoughts left me unsure. How can we trust the people coming into our country? Terrorists are traveling through the EU with ease because of its laxity. Crossing borders have become like stopping at traffic lights; just wait for the green and go. But on the other hand, there are those who are genuinely in need of help, just like our grandparents were all those years ago.

There are doctors, nurses, dentists and firefighters who don’t call this their homeland, but that doesn’t stop them fighting for our lives. There’s a thin line between being a racist or a rationalist and it seems to have blurred in the visions of many.

So I knew this referendum would be impossible to call. ‘Remain or Leave’ became the words on everyone’s lips and I think it was a massive shock when the announcement came that we were on our way out. Britons don’t like change and this has to be one of the biggest of all!

I refuse to divulge which side I supported because I find that it goes against the spirit of voting. But now, it’s become irrelevant anyway.

Our country is in a whirlwind, the Prime Minister is leaving his post, our parliamentary parties are dividing and our currency is reaching an all time low. Hours after the results came in, the faces of the campaign started admitting their lies. The propaganda used was twisted back so that its original truth came to light. If there’s anything to learn, it’s that you can’t trust the word of a politician.

I think as Jews, our fear should be that extremist politicians now have the chance to seize their seats in our house of commons. I’ve had messages from people from around the world, including those who are originally from here, filled with worry at what’s happening here. The future is an unsteady road filled with hidden surprises. Good or bad? I’m yet to figure that out.

But, I think to myself, this is home. This is the only life I have ever known. I’ve built my family, my friends and my community life here. I’m part of something and I can’t turn my back.

So it’s back to faith. Back to knowing that nothing is in the control of us, our politicians or our leaders. It’s in one set of ‘hands’ and they’re the most trustworthy of all. 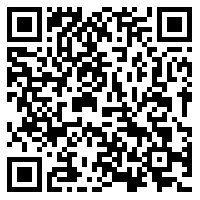