Thousands attended the funeral of Miki Mark in Otniel on Sunday morning. Mark was murdered by Islamic terrorists on Friday after they opened fire on his family car. His wife was seriously wounded. One of his daughters was moderately wounded. Both are still in the hospital.

One of his sons was lightly wounded, and was able to attend his father’s funeral.

The couple have 10 children.

President Ruby Rivlin spoke and said, “Our best continue to fall in the mountains of Hebron, the cradle of Jewish settlement. Our roots are deep in this land. Terrorism is not undermining our hold on our land and will not. Jewish blood is not free. We promise to fight without fear, and we will win. The IDF and the security forces will cut off the hands of the murderers. Michi, the light of the way you paved will not be extinguished.” 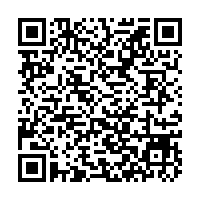