Every hour there’s another sickening story or photo, and I feel my pulse ever so slightly increase.

Sitting at my desk in England, the reality of the situation hits me time and time again. The same feeling of helplessness resurfaces repeatedly. There’s nothing I can do besides pray and watch the terror that is currently gripping Israel.


I’m not going to pretend that I’m an expert on Israeli current affairs or that I know all there is to know about the ongoing Middle East crisis. But what I do understand is that what is happening right now will only ever lead to more death and heartache on both sides.

I’m a supporter of Israel and I proudly stand by my nation, so having to watch it being viciously attacked both through terrorists and the media leaves me feeling uneasy about what the future, both near and distant, truly holds for the Holy Land.

These people are incapable of thinking in a humane way. If human beings can live with themselves after they have damaged or seriously harmed another person, they cannot be reasoned or negotiated with. They seem to be happily throwing their lives away just to attempt to cause pain to Jews, so working with these ‘things’ is never going to be an option.

I can’t refer to them as people. Even calling them human beings is generous. A being is the nature and essence of a person; the feelings, thoughts, understanding and logic within a body of organs. That cannot describe these monsters. They should be classed as objects; a material thing that can be seen or touched. They are there, you can certainly see them, but they have specific reason to exist.

How can another person see children – innocent, pure, happy children – and think it’s justifiable to murder the people who gave them life in front of their terrified, youthful eyes? How can they attack another person who is only trying to access an area of serenity and prayer?

They’re trying to send a message, that much is clear. But using innocent civilians who have nothing to do with politics or country decisions is an unfair way to do so. Randomly choosing people to die is despicable. If you are unknowingly on the same sidewalk as these terrorists, your chance at surviving the day decreases dramatically.

So where is the international outcry?

If the Palestinians throw a punch, they get scolded; if the Israelis throw one back, they get abuse, worldwide disgust and public condemnation.

There’s no answer. Somehow, the world deems it unnecessary to broadcast the horror of this bloodshed. We may not live in the times of government controlled media, but let’s be honest – someone is running the show and choosing what to make known and when, and they are no friend of Israel. The BBC in the UK is a prime example of this. Their reporting of Israeli incidents is evidently biased towards the Palestinian side. How they get away with this is incomprehensible.

The only option we have is to shout it out, make it known, share, discuss, and publically and virtually denounce the actions of those ‘things’ causing permanent fear in the lives of innocent bystanders.

You may think you’re just one person out of 7 billion, but by sharing, talking and condemning what is happening, you can influence one person and that is one more than there was before. You can start the ripple effect around you and hopefully, one day soon, the world will see the ugly, real truth of the people they refer to as Palestinians. 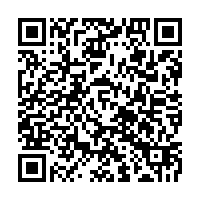