The giant SanDisk flash-storage company has announced it will build a new research and development center in a northern Arab city, where dozens of Arabs will work.

The announcement comes at an opportune time. While Israeli Arab misfits riot and try to kill Jews, the majority are interested in a better social and financial life.


The new center will be located in Yafia, near the Lower Galilee city of Nazareth whose mayor earlier this week said he was fed up with loud-mouth Arab Knesset Members whose incendiary speeches incite others to terror.

He said they are ruining the city by scaring away thousands of Israeli Jewish shoppers.

SanDisk already employs approximately 650 people in Israel at its facilities in Kfar Saba, north of Tel Aviv, Omer, located north of Be’er Sheva, and Tefen in the northern Galilee.

The new center will attract Arabs from Haifa and Nazareth.

When we decided to establish the center six months ago, we couldn’t have imagined that the opening ceremony would take place at a time of tension and the recent events.

The second reason is that only employment at high wages can bring about real integration of the Arab population in Israeli society.”

Another high-tech company located n the area is Galil Software, which has a stated goal of hiring Arab engineers. 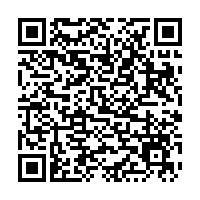