Thanks for the empathy Taylor Swift, but I’m not quite sure what I’m supposed to feel.


On Tammuz 21 and July 10 I turn 22 in both English and Hebrew years. It’s a random age – not quite as substantial as hitting 25 but yet past the excitement of knowing you’re legal in Vegas at 21.

Every birthday, I find myself looking over the previous year to contemplate what I have achieved in 365 days. The persistent phone vibrations from the Happy Birthday Selena! Facebook, WhatsApp and text messages generally make my phone go into a self-induced coma, so sitting and thinking turns into my only option.

The standard questions enter my mind: Where has the time gone? What have I accomplished over the past year? Who has entered and exited my life? Where am I going? What am I doing? Do I want to be here? Do I know where I want to be? Am I on the right path? What do I want to get out of this coming year? What do I really want?

It’s round about now that my head starts to throb and I feel as if a nosebleed is waiting to begin. Self-assessment is extremely difficult because you know whether or not you’re deluding yourself with the answers you come up with. Sometimes, living comfortably and watching life pass you by seems like a blissful idea, but then you get to another milestone and realize that you’re fooling yourself into continuous hibernation. Time is always moving, it cannot be slowed, paused or stopped.

Many times I’ve felt uncertain about where life was headed and how to steer it in the correct direction. Let’s be honest, who actually knows what they want, need, yearn and wish for at my age? Yes, you can convince yourself that you know exactly what you expect out of the coming year but, to bring up one of the world’s most famous quotes: Man plans, G-d laughs.

However much I think I can plan or hypothesize what is going to happen in 2015/2016, I’ll never know until I’m smack-bang in the middle of it. But that’s OK! I used to spend my birthday creating appropriate resolutions; I’d promise myself the things that I’ll abandon or introduce and then go crazy to stick to them. But just like the sudden influx of people at the gym every January, things die down and resolutions lose importance. The things you thought were imperative six months previously don’t seem to have such significance anymore. So that’s it – I’m not planning, I’m just living.

2014-2015/5774-5775 has been an excellent year. The Algarve, Amsterdam, Palma, Budapest, New York, Vegas, Lisbon, Dublin, Malta, Sicily – travel has certainly played a huge part. I’ve acquired masses of knowledge and understanding of different lifestyles and cultures which has positively impacted me. Meeting various types of people has altered my personality for the better; it has given me appreciation for what I have and the life I lead. But apart from that, I’m moved into my own apartment, built lasting friendships, discovered new talents, gained an adorable new niece and become stronger in my Judaism. Even though none of that was planned, it happened, and I’m so pleased it did.

No one knows what the future holds, so I’m going to stop making Hashem laugh at my plans and start smiling at His. 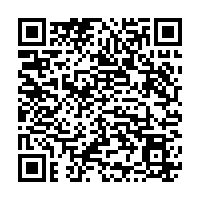