I didn’t say it, although I surely believe it and phrase it this way: with the assistance of the Arabs, Israel will win out. Instead, it appeared in the London Times (thanks to EG):

Excerpts from the article:

…Who, therefore, is the real enemy of the Arab world? Many Arabs would say it is Israel — their sworn enemy, an enemy whose existence they have never recognised…[but] The harder question that no Arab wants to ask is: what was the real cost of not recognising Israel in 1948 and why didn’t the Arab states spend their assets on education, healthcare and infrastructure instead of wars? But the very hardest question of all is whether Israel is the real enemy of the Arab world and the Arab people.

Hundreds of billions of dollars were wasted and tens of thousands of innocent lives lost fighting Israel. The Arab world, though, has many enemies and Israel should have been at the bottom of the list. The real enemies of the Arab world are corruption, lack of good education, lack of good healthcare, lack of freedom, lack of respect for human lives and, finally, the many dictators who used the Arab-Israeli conflict to suppress their own people…[Israeli] attacks in no way match the current atrocities being committed by some Arab states against their own people.

…On May 14, 1948, the state of Israel was declared. On May 15, the Arabs declared war on Israel to win back Palestine. The war lasted for nearly ten months. The Arabs lost and now call it Nakbah (catastrophic war). The Arabs gained nothing and thousands of Palestinians became refugees. In 1967 the Arabs went to war with Israel again and lost more Palestinian land, creating more refugees who now live at the mercy of the countries that host them. The Arabs called this war Naksah (setback).  The Arabs have never admitted defeat in either war. And now, with the Arab Spring, the Arab world has no time for the Palestinian refugees or the Palestinian cause because many Arabs have become refugees themselves and are under constant attacks from their own forces…

…Israel…now has the most advanced research facilities, top universities and infrastructure. Many Arabs don’t know that the life expectancy of Palestinians living in Israel is far greater than in many Arab states and they enjoy far greater political and social freedom than many of their Arab brothers. Even the Palestinians living under Israeli occupation in the West Bank and Gaza Strip enjoy more political and social rights than in some parts of the Arab world.

The Arab Spring showed the world that the Palestinians are happier and living better than their Arab brothers who fought to liberate them from the Israelis. It is time to stop the hatred and wars and create better living conditions for future Arab generations.

Abdulateef al-Mulhim is a former commodore of the Saudi Navy. This is an edited version of an article that first appeared in Arab News

And the original article – and what did The Times leave out? 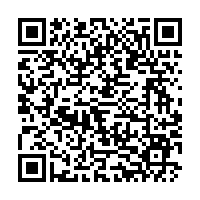