I mentioned the debate here.

Caroline Glick’s words can be found here at the 49th minute or so.

Here’s what she wrote about the experience:

…in one particularly ugly segment, Levy made the scurrilous accusation that Israel systematically steals land from the Palestinians. Both Dayan and I demanded that he provide just one example of his charge. And the audience raged against us for our temerity at insisting that he provide substantiation for his baseless allegation. In the event, he failed to substantiate his allegation.

At another point, I was asked how I defend the Nazi state of Israel. When I responded by among other things giving the Nazi pedigree of the Palestinian nationalist movement founded by Nazi agent Haj Amin el Husseini and currently led by Holocaust denier Mahmoud Abbas, the crowd angrily shouted me down.

I want to note that the audience was made up of upper crust, wealthy British people, not unwashed rabble rousers. And yet they behaved in many respects like a mob when presented with pro-Israel positions…

I was prepared to conduct a civilized debate based on facts and reasoned argumentation. I expected it to be a difficult experience. I was not expecting to be greeted by a well-dressed mob. My pessimism about Europeans’ capacity to avail themselves to reasoned, fact-based argumentation about Israel has only deepened from the experience. 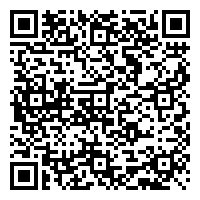