Danny Seidmann and I (I think I’ve informed you already) are old acquaintances and I always seek to treat him as a friend.  I have no reason not to.

He is an ideological and political rival and yes, seeks my removal from Shiloh.

From Peace Now, he moved to Ir Amim and then over to Terrestrial Jerusalem.

And now, he got rocked while at Sur Bahir (Baher?). He got stuck in

…a traffic jam in the center of the village [and as he relayed], just as school was getting out. I didn’t see it coming, but should have: I was a sitting duck. The rock was probably thrown at point blank range; it smashed the side window with enough force to leave a deep gash in the back of my head. I was fortunate: I did not lose consciousness, nor my sense of orientation.

…a group of prominent residents of Sur Bahir paid me a visit, expressing regrets…They told me that they had gone today from classroom to classroom in the schools, telling these young men and women: “…do you have any idea whose skull you bashed in? Only because of him you are sitting in this classroom, because he is the guy who got it built.”…But it was also very sad. Worse than sad – it was colonial…The rock…was hurled because I am an Israeli – the occupier. It’s also possible that it’s because I am a Jew…As long as the occupation exists, events like this will happen and no one is exempt from them…this ends not when Palestinians behave better, or when our Shin Bet becomes more efficient. It ends when occupation ends. Until then, I remain a symbol of that occupation, and not without reason. And no good deeds, as it were, will redeem me or protect me.

Well, the conclusion is irrational.  And maybe he should have been thinking of Arabs as Arabs while amidst Arabs.

As one dear friend wrote to me:

Nothing will knock sense into him.

He got hit in the first place despite his good deeds.  And since Jews “got hit” before the so-called ‘occupation’ that somehow began in 1967, there is a disconnect in his historical fact framework.  And I can assure him that is the ‘occupation’ ends, the rock-throwing will continue just as there was terror from 1920 on.

the dangers of assuming, as Danny may be doing here that violence will end the moment the occupation does. It’s not realistic for either side, for nowhere in the world has violence ended.

In the second place, as another friend noted to me:

the entire article is very significant. it shows that they do not care if more violence results so long as their vision of ‘peace” is achieved. the last sentence is very revealing: increased violence can’t deter progress. how is their progress with more violence?

The “sacrifices for peace” mentality.

In other, alright, in my words, what was expressed was the ‘logic’ that Arabs are not responsible for their actions, another version of the “victimization” concept.  It’s all up to the Jews.  Peace efforts are all ours for the Arab is ‘handicapped’ – by we Jews as Zionists, although I really do not believe Arabs truly make a distinction between Jews and Zionists.

“I call on the police, the GSS and all other security bodies to catch the persons who threw the stones that struck Adv. Danny Seidmann and to pursue the matter to the full extent of the law and to uproot this despicable phenomenon from out of our midst.  We cannot allow ourselves to be reconciled to such behavior amongst us. 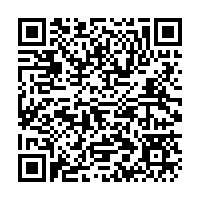