As an education writer for the nonprofit organization, Kars4Kids, and as someone who made Aliyah from Pittsburgh 34 years ago, I decided to write about the challenges of Aliyah from western countries with school age children. See the previous piece in this series, Fully Absorbed, Coming Through to the Other Side.

As a teen, Randi Lipkin spent three consecutive summers working at HASC, a camp for Jewish children with special needs. Randi’s husband Michael spent his nineteenth summer as a counselor there, and the couple both worked at HASC one summer after they were married, never knowing that someday, they would have a special needs child of their own.


The Lipkin family made Aliyah in August of 2004, with four children from Edison, New Jersey. After they made Aliyah, Randi discovered she was pregnant with Yisrael, who has Down syndrome.

Michael serves as senior editor of financial articles at a local company, Seeking Alpha. Randi is an occupational therapist who works at a “Gan Safa,” a Beit Shemesh nursery school for children with developmental language delays. The Lipkins live in Beit Shemesh.

V: Tell me a bit about your children and their adjustment to your Aliyah.

Michael: We had 4 children when made Aliyah. They were 19, 17, 14, and 3 when we moved. Our oldest, one year post-seminary, was our big Zionist and would have moved here even if we hadn’t. Her adjustment was very smooth. She married a year and half later and is now living in our neighborhood with her husband and 3 children.

Our next oldest was borderline interested in moving. As she was entering her senior year in a Flatbush Beit Yaakov the year we made Aliyah, we decided it was best for her to finish high school there while boarding with Randi’s sister who lived nearby. She subsequently came here for seminary, married soon after, and is living in Bet Shemesh with her husband and 3 children.

Our older son had the toughest adjustment. Even though he wanted to move he had a difficult time adjusting to dorm life at Maarava high school. However, he is now our most integrated child having married an Israeli girl and is currently serving his country.

Our youngest at the time adapted very well because of her young age and smarts.

V: How old were you and Randi when Randi became pregnant with Yisrael?

Michael: I was 47 and Randi was 45. We had just had our first grandson and our second daughter was married during Randi’s pregnancy.

V: How did you and Randi feel about the pregnancy? How was the level of obstetric care here compared to the care Randi received in the States during previous pregnancies?

Michael: I was ecstatic, very excited, but nervous for her. Getting pregnant at that age was nervous-making, and of course, we worried about Down syndrome.

Randi: The overall care here was fine, but I found it very weird that you develop a relationship with a doctor and then he has absolutely nothing to do with your delivery. The experience was totally different than in the states. In certain ways the doctors seemed very laidback and in other ways hyper-nervous.

They were too focused on the diabetes. There was far less connection to me as an expectant mother compared to what I had experienced in the States. Of course, I’d had tremendous relationships with my doctors in the States, because I’d known them for 25 years. It’s just not what you have here.

Since I was having an elective, planned C-section, we paid for a private doctor instead of showing up at the hospital and just getting whoever was on duty that day and we felt very comfortable with that decision.

V: I know you gave Yisrael the middle name “Simcha” because you wanted him to always know he brought simcha, joy, into your lives. Was that immediate? Or did it take some adjusting to the idea? 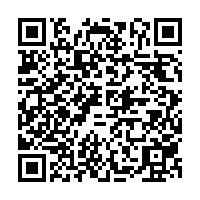