As I have published before, the campaign of solidarity with the Arab residents of Sheikh Jarrah (has it fizzled out?) is one big cheat on Jewish history, Jewish property rights on the one hand, while, on the other, a cover-up for Arab ethnic cleansing and theft of identity.

I have now found a recent article which adds one more quite interesting element to the affair. It’s by Professor Boaz Zissu, and appeared in the Israel Exploration Journal (IEJ 62 (2012), pp. 54–70):

The article discusses the possibility of the identification of a conjectured residency location with biblical Nob and situating it in the higher areas of the American Colony or of the Sheikh Jarrah neighborhood.

Here’s a map to get oriented:

IN June 2001, a salvage excavation was conducted in the upper section of Kidron Valley (known in Arabic as Wadi al-Joz and in Hebrew as Na¢al Ha-Egoz), some 50 m. north of Nahmanides Cave…Among the ancient features scattered on both banks of the valley are open limestone quarries and burial caves, including the Cave of Simeon the Just and the Minor Sanhedrin Cave from the Second Temple period, both of which have been investigated in the past.  Nahmanides Cave, mentioned in the past by Dalman (1930: 180) and Pierotti, who published a drawing of it (1864: pl. 57), derives its name from a medieval Jewish tradition that Nahmanides used to pray in it after moving to Jerusalem c. 1267 (Vilnay 2004: 177–178). It is a huge underground limestone quarry…

He then points out that Nov (1 Sam. 22:19; Isa. 10:28–32; Neh. 11:32) was conjectured to be north of Jerusalem lends credence to the possibility the indeed the biblical town of Nob could be located at this site “because of the proximity of this place to the walls of the capital.”

Jerusalem was in sight from Nob: ‘This very day shall he halt at Nob, waving his hand at the mount of the daughter of Zion, the hill of Jerusalem’ (Isa. 10:28–32)…In the days of the Restoration Period, Nob is mentioned as one of the localities in the region of Benjamin (Neh. 11:32), situated south of Gibªeah (Tell el-Ful), near ªAnatot (identified as modern ªAnata) and ªAnaniah (identified with the village of el-ªAzzariyeh).

As for the archaeology,

Robinson believed that Nob should be located upon the ridge of the Mount of Olives…Albright looked for Nob at Ras el-Mesarif (Mount Scopus) or at at-Tur (atop of the Mount of Olives)…Aharoni identified Nob at ªIsawiyeh (1968: 340, 356), while Eshel located it at Shuªafat (1987). These identifications are, however, unlikely, since no archaeological finds have been uncovered to support them and, moreover, they do not overlook Jerusalem. Barkay, Fantalkin and Tal suggested locating Nob at Givªat Shapira (2002:65–66)…

The two possible locations suggested here — the area of the American Colony or the Sheikh Jarra¢ neighbourhood — are both topographically high, thus providing a view of Jerusalem, as described in Isaiah.

So, another case of national identity theft by Arabs and their supporters. 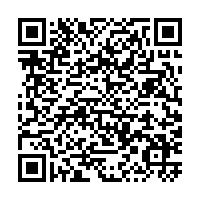