At 1:34-35 into the confirmation hearing of David Friedman, this was said by Senator Cory Booker (D-New Jersey):

YOU ALSO ATTACKED THE STATE DEPARTMENT, WITH 100 YEAR HISTORY OF ANTI-SEMITISM –

That should have been “more than 100 years”.

Consider this, about Selah Merrill:

He was an anti-Semite, opposed to Jewish immigration and settlement in Palestine, he was as good as a sworn enemy to the Yishuv. Indeed, he would famously conclude that “1. Palestine is not ready for the Jews. 2. The Jews are not ready for Palestine.” What the Jews wanted, he believed, wasn’t land to colonize, but cities “where they can live on the fortunes or the misfortunes of other people.” He even felt that there must have been some hidden justification for the persecution of the Jews in Russia, or that government would not have been so anxious to get rid of them. The effects of this anti-Semitism, unfortunately, were vast: because his first term as consul (1882-84) coincided with the beginnings of Jewish agricultural settlement in Palestine, Merrill’s prejudice would help shape the State Department’s antagonistic attitude to the Jewish people in the Holy Land.

Selah Merrill, having held the post of U.S. Consul at Jerusalem for almost three decades – appointed by three Republican presidents – is here installed in that position for the last time by President McKinley. Added to Merrill’s record of longevity, is this dubious distinction: he is generally considered the greatest reviler of the Jews to ever occupy the post of consul at Jerusalem.

his views on Jews in then Palestine whose “combination of acute interest in the ancient Hebrews and intense disdain for their modern descendants bears examination…Merrill’s case is especially intriguing because his attitude towards Jews had political consequences. With the advent of Zionism, these ambivalent attitudes affected the consideration of Jewish claims…”

That was from Shalom Goldman’s study which includes also this: “The Jew needs to learn that his place in the world will be determined by what he can do for himself, and not so much by what Abraham did for himself four thousand years ago. It has a most mischevious effect to be always associating the modern Jews with eminent men and deeds in the remote ages of the past.”* So wrote Selah Merrill, U.S. Consul in Jerusalem, in a report on Palestine. Merrill felt impelled to include in his report a long section entitled “Jews and Jewish Colonies in Palestine” in response to the Blackstone Memorial of 1891, which petitioned President Benjamin Harrison to support the convening of an international conference to discuss Jewish claims to Palestine. The Blackstone Memorial had over four hundred prominent signatories, the vast majority of them Protestants; for many of them the contemporary Jews were the natural heirs of the ancient Hebrews: “Why not give Palestine back to them again? According to God’s distribution of nations, it is their home, an inalienable possession, from which they were expelled by force.” 1

It was just such restorationist sentiment that Merrill so vehemently opposed. His report calls the memorial “one of the wildest schemes brought before the public.” It is the “character and habits of the modern Jews” that will doom their Palestine settlement efforts to failure. According to Merrill, the originators of the petition “appear to be ignorant of two great facts, (1) that Palestine is not ready for the Jews and (2) that the Jews are not ready for Palestine.”

And this list from a German language research paper:

This is in addition to this evidence from the text of a note from Secretary of State Robert Lansing to President Woodrow Wilson in 1917 opposing the US’s endorsement of the Balfour Declaration. 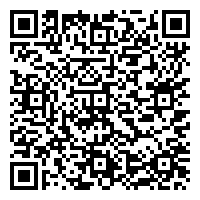