Mardi Gras, Fat Tuesday, in English, is the Carnival celebrations, beginning on or after the Christian feasts of the Epiphany (Three Kings Day) and culminating on the day before Ash Wednesday. The name, Fat Tuesday, reflects the practice of the last night of eating meat and other rich, fatty foods, before the ritual fasting and subdued behavior of the Lenten season. It’s a little like Ramadan, but with better music.

In New Orleans, co-capital of Mardi Gras (the other one being Rio), faithful Jews who are straddling year-round the fine line of the best in non-kosher cuisine the city has to offer, being next door to the all-encompassing carnival presents extreme temptations. And so, in the spirit of turning Hanukkah into the Jewish competitor against that other holiday, Kosher and less kosher Jews have been keeping the tradition of Mardi Gras Shabbat, a couple of days following the Tuesday eruption of goyeshe ecstasy.

As the local Chabad House of Tulane University put it this year: “Join us for Chabad’s annual Mardi Gras Shabbat, an experience of New Orleans food and fun in a Jewish setting. Enjoy Jambalaya, Hurricanes, King cake and other New Orleans favorites, in an atmosphere of excitement…”

They added: “Think about it…You’re Jewish – Tonight’s Shabbat; let’s call it a date.”

No mention of Craw-gefilte-fish, heaven forfend…

According to the Forward, in another part of the Big Easy, the annual Mardi Gras Shabbat will be held in Touro Synagogue, with a packed Jazz Shabbat. Jewish deli and Israeli food are plentiful in the city of non-kosher delights, check out the Humble Bagel, 1000 Figs, Shaya, Stein’s Deli and Kosher Kajun Deli.

Back in 5774, Yeshiva.co published the halachic inquiry, “Can a Jew participate in Mardi Gras celebrations in New Orleans? Obviously, while keeping kosher and avoiding immodesty.”

We have no idea how one can maintain the two warring notions of “Mardi Gras celebrations in New Orleans” and “avoiding immodesty” in the same sentence, but here’s the responsa from Rabbi David Sperling:

“In general Mardi Gras celebrations were connected with the Christian religious calendar. If the celebrations today are still connected to the Christian festivals then it would be forbidden for a Jew to participate in them. Even if they are now devoid of any religious meaning, partaking in non-Jewish alcoholic parties is problematic halachically, as well as ill-advised morally. And also there are the problems of modesty you yourself mention in your question. In general, I think it would be safe to say that Mardi Gras are not favored by Judaism – in fact the Talmud refers to pagan festivals that sound very similar to today’s Mardi Gras, which are forbidden for Jews to participate in (see tractate Avodah Zara chapter 1, mishna 3). 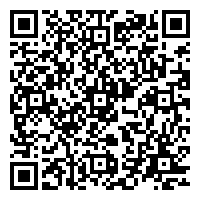