As we now know

The US Supreme Court on Monday granted certiorari in three cases slated for argument during the October 2014 term. In Zivotofsky v. Kerry, the court will address the constitutionality of a federal statute requiring the Secretary of State, on request, to endorse US passports and Consular Reports of Birth Abroad of US citizens born in Jerusalem with “Israel” as the place of birth. The US Court of Appeals for the District of Columbia Circuit found the statute unconstitutional on grounds that it “impermissibly infringe[d] on the [p]resident’s exercise of the recognition power.”

As I have opined, the case, I think, could be strengthened by pointing out two additional, if quite simplistic, aspects of the affect of the law.

In the first case, not appending a “state” identification would cause a bureaucratic burden in that it could so develop that the United States citizen, birth registered and subsequently carrying a passport without a birth location, if visiting a country with a city named “Jerusalem” could conceivably be ordered to either pay taxes, or be liable for military service or some other civic obligation as if he were a citizen of that other country.

In not being able to easily and immediately prove that he was born is another country, i.e., Israel. due to the State Department’s regulations and the refusal of the President to follow through on the Jerusalem Act, his lack of country identification on his official papers causes a hindrance that could easily be resolved by adding “Israel”.

In the second case, State Department regulations at the present recognize something called the “West Bank.”

As I have blogged five years ago, the document U.S. Department of State Foreign Affairs Manual Volume 7 – Consular Affairs 7 FAM 1300 Appendix D Page 11 which can be read online here, reads

Now, as you and I and the State Department well know, there is no state of the “West Bank”.

Nevertheless, if you read “g.” carefully, it gets worse:

g. Birthplace in Area Formerly Known as Palestine: An applicant born in the area formerly known as Palestine (which includes the Gaza Strip, the Golan Heights, Jerusalem or the West Bank) may object to showing the birthplace. In such cases, explain the Department of State (CA)’s general policy of showing the birthplace as the country having present sovereignty. The Senior Passport Specialist, Supervisory Passport Specialist or Adjudication Manager at a domestic passport agency or center or supervisory consular officer or regional consular officer at a U.S. embassy or consulate may make an exception to show PALESTINE as the birthplace if the applicant was born before 1948. If the applicant was born in 1948 or later, the city or town of birth may be listed if the applicant objects to showing the country having present sovereignty.

“Sovereignty”?  Whoa there.  No one has sovereignty, the State Department usually claims as regards Israel so how come it includes that term there?  Why is the “West Bank” to be permitted as a supposed sovereign country but Israel which surely has a much better proven sovereign administration, including a capital, a Supreme Court and government offices as well as a seat of government with a residing Prime Minister and a residing President is denied such a status?

Are Rabbis Less Deserving Than Michael Cohen And Michael Flynn? 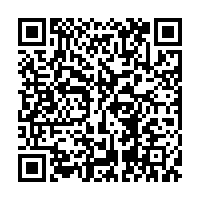