If a small group of grass-roots Jewish organizations have their way, more than one hundred protestors will assemble in New York City on April 29, 2014, each carrying a shofar. On cue, at 5:30 in the afternoon, rain or shine, all will raise their curved rams’ horns, long and short, and wail to the heavens in visceral unison producing a piercing spectacle of protest. The cacophonous alarums will continue their outcry until the shofar blowers feel they have made their point.

What are they protesting? It is their communal leadership.

The dissident shofar blowers will assemble in front of the 59th Street headquarters of the UJA-Federation of New York. The Federation’s beneficiary, the Jewish Community Relations Council, is the chief organizer of the Celebrate Israel Parade scheduled for June 1. The upbeat procession of floats, runners, and marchers is normally a public show of Jewish unity in support of Israel. But this year, the parade has become a maelstrom of disunity over the participation of the controversial New Israel Fund and other groups which recent revelations now link to the Boycott, Sanctions and Divestment (BDS) movement and the campaign to delegitimize Israel internationally.

The outrage in some American, Jewish, and Israeli circles over the NIF’s inclusion in the highly visible parade, formerly known as the Israel Day Parade, may be more than just a passing horn blast. The discontent may be energizing a historic decision among American Jews. Just what constitutes the Jewish mainstream? Is American Jewry about to set limits on its open tent of inclusion, a precept the community wears as a badge of honor?

More than a few American Jews feel their community has been hijacked from within by such groups as the J Street lobby, the New Israel Fund, and other organizations that constitute a powerful, well-funded minority able to wage war against Israel seemingly in the name of the Jewish people. “These groups are anti-Jewish,” says Judith Freedman Kadish, special project director of Americans for a Safe Israel, “and they are funding groups that are anti-Semitic. They just veil their actions by saying they are trying to influence public policy and an occupation.” The accused organizations and their defenders in the Jewish media and within the Jewish activist community vigorously insist their activities are simply democratic dissent aimed at solving Israel’s problems.

The New Israel Fund, enabled by taxpayer subsidies of its 501(c)(3) status, has been a pivotal funder of the BDS movement that wages economic war against Israel. Until 2011, the NIF was a lead supporter of the Coalition of Women for Peace, which established a global BDS infrastructure. According to NIF financial records, in 2008 alone, the NIF bestowed $93,457 upon the Coalition of Women for Peace. Over a period of years, NIF financing of this organization reached a strong six-figure sum, which included both direct grants and those where the NIF acted as a go-between for other donors–a technique they called “donor advised funding.”

The NIF no longer provides money to the Coalition of Women for Peace. Now, the CWP is strong enough to gather its monies from other sources. But detractors say — the irreparable damage was done. Moreover, the BDS movement today is fortified by a conveyor belt of brutality and oppression accounts–some legitimate, some exaggerated, some invented — force fed to the world by agitation NGOs, including many financed by the New Israel Fund.

NIF’s financial records for 2012 indicate that it granted $109,615 to Breaking the Silence, $255,477 to B’Tselem, and $209,161 to Adalah. These three groups are among dozens of NIF grantees that critics accuse as operating on the front lines of anti-Israel information and distorting the facts about international law as it affects Israel. Numerous Knesset members and Israeli military men have gone on record to decry the NIF as a well-financed, foreign, multinational NGO, hell-bent on “destabilizing the Israel Defense Forces” and erasing the Jewish identity from the State of Israel.

How B’Tselem is Helping the ICC Target Israel 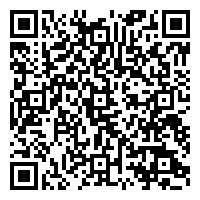