This is an important summary of the Clinton Parameters:

…Dennis Ross published a map describing Israeli and Palestinian territories codified under the 2000 Clinton parameters, with Ma’aleh Adumim explicitly labeled as Israeli and connected to Jerusalem via the E1 corridor…The disposition of E1 and Ma’aleh Adumim in the Clinton Parameters reflected more than half a decade of Israeli understandings embraced by governments from across the political spectrum. In October 1994 during the beginning of the Oslo Accords, then-Labor prime minister Yitzhak Rabin declared that a “united Jerusalem” would include Ma’aleh Adumim, and he even provided then-mayor Benny Kashriel with annexation documents for E1. In 1996 then-Labor prime minister Shimon Peres reaffirmed the Israeli government’s position that Israel would demand sovereignty over Ma’aleh Adumim and was backed by dovish politician and co-author of the Geneva Initiative, Yossi Beilin. Later, in 2008 then-Kadima prime minister Ehud Olmert and then-foreign minister Tzipi Livni demanded that Ma’aleh Adumim remain a part of Israel…

Those parameters included this:-

Jerusalem: The general principle is that Arab areas are Palestinian and Jewish ones are Israeli.  This would apply to the Old City as well.

“Apply to the Old City as well” means that the reference is to the Old Cityin addition to the other areas, including those Israel considers Greater Jerusalem.

As noted here, the parameters as regards Jerusalem concluded:-

4. Four “fair and logical propositions” regarding Jerusalem: (a) It should be an open and undivided city, with assured freedom of access and worship for all, encompassing the internationally recognized capitals of two States, Israel and Palestine, (b) “[W]hat is Arab should be Palestinian” and (c) “what is Jewish should be Israeli”, while (d) “what is holy to both requires a special care to meet the needs of all”, with “mutual respect for the religious beliefs and holy shrines of Jews, Muslims and Christians”.

Well, since Maaleh Adumim is “Jewish” and E1 has been on trhe planning boards for ages, this formula, “what is Jewish should be Israeli”, should indicate that this is all a media generated storm.

Moreover, contiguity can be achieved by tunnels.  After all, the Pals. wamnt to connect Gaza to Judea and Samaria.  Would that not ‘cut off’ parts of Israel one from another?

Obama retreated and reneged on the Bush Letter and now the Clinton Parameters, and he’s angry?

P.S.  According to Dan Kurtzer,

The U.S. Administration intensified criticism of Israel’s decision to proceed with construction at the E-1 site near Ma’ale Adumim in response to indications that the move was meant to “retaliate” against U.S. President Barack Obama for his refusal to endorse the 2004 Sharon-Bush letter on settlement blocs.

Construction of E-1 would jeopardize the hopes for a two-state solution.  It would, by design, block off the narrow undeveloped land corridor which runs east of Jerusalem and which is necessary for any meaningful future connection between the southern and the northern parts of the West Bank.

is, as you suspected, er, misleading.  “Block off” ?  Couldn’t a tunnel fix that easily enough?  Couldn’t a road 5 miles east provide contiguity?  Wait, the Allon Road could do that as it already exists (see this detail from a B’tselem map):-

And look at this byway, south of Jerusalem, which proves there are alternatives. 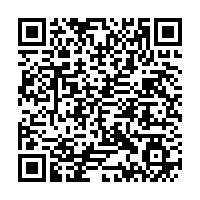