The Washington Post has finally begin to semantically get with it.
In this story on the Israel government’s decision to authorize a construction go-ahead, we read:

“…Oded Revivi, the foreign envoy for the Yesha Council, which represents Jewish settlers in the West Bank, which most Israelis refer to as Judea and Samaria…”

As was pointed out to me, the significance of this is the phrase: “‘which most Israelis refer to“.
Thankfully, it’s not couched as being “the Biblical term”.
Getting close earlier was this New York Times story from February 1, 2017:

““We are in a new era, where life in Judea and Samaria goes back to its normal and proper course,” the defense minister, Avigdor Lieberman, said in a statement, using the biblical name for the West Bank…Shilo Adler, the head of the Yesha Council, which represents settlers in the area,”

In there is “Judea and Samaria”, “Yesha” and “biblical name”.  Close. Good. But could be better.

Let’s remember, “West Bank” is an artificial geo-political name, created in April 1950 when Jordan annexed Judea and Samaria and incorporated it in his kingdom – which he himself first entered in November 1920 – an act considered illegal.

In the Mandate annual reports to the League of Nations, as here, the geography of the country was described so:

…to the south are the mountains of Samaria and Judea, which in places reach heights little less than those of Galilee…

…The capital of Palestine is Jerusalem, situated in the midst of the hills of Judea, and the principal towns are Haifa, with its modern harbour, in the north at the entrance to the plain of Esdraelon; Jaffa, a second port which lies some 40 miles west- north-west of Jerusalem; Tel Aviv, which is contiguous to Jaffa; and Nablus, the ancient Sichem, in the hills of Samaria. Jerusalem has a majority of Jewish inhabitants; in Haifa the Arab and Jewish elements are approximately equal in numbers; Tel Aviv is an entirely Jewish township of 150,000 inhabitants. In Jaffa a large majority of the people are Arabs, and in Nablus, apart from a small community of Samaritans, all the people are Arabs.

In its report for 1938, it was recorded that in June, 1938, terrorist activities continued and

there was also a marked increase in isolated murders of Jews, the majority being settlers in the Plain of Sharon and northern Galilee; in arson of Jewish crops and property; in attacks on Jewish settlements; and in shooting at police and military patrols. An Italian priest was killed by armed brigands in the Judaean foothills and a British soldier was killed and six others wounded by the explosion of a land mine on a country track in Samaria.

The United Nations, in delineating the boundaries between the proposed partition of the Mandate territory into two states, also used the terms “Judea” and “Samaria” and not West Bank (and as pointed out to me, there really is but OneWest Bank and that has nothing to do with a “Palestine”).

Jordan’s “West Bank” appellation is a fiction and its annexation was an illegal act which, moreover, but one country, Great Britain, fully recognized and accepted.

Jesus did not live on the “West Bank”.

It should be relegated to a side note in any reportage story. 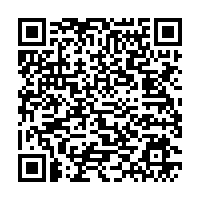