For several days after the event I was asked to be a commentator on NBC’s Channel 4 affiliate in New York on the topic of gun violence and behavior. Maurice DuBois was one of the news anchors there (this was before he joined CBS.) He asked if I thought it might happen again.


I am not a prophet. I only know what I have learned from my teachers, my research, my patients, and my life experience. I recall responding that it was highly likely there would be copycat events and that they probably would get worse with time.

I was asked if there was anything that could be done to prevent that sort of tragedy from happening again. I said it was important not to dramatize the offenders. Do not publicize their personalities or persona. Do not make them approachable, mythological, or idolized.

I also made a case for the need to reevaluate gun laws. There is little reason for the public to have access to long guns or semi-automatic weapons.

I was asked what might contribute to someone’s desire to become a mass murderer and actually acting on it. Was it all about mental illness?

While it’s safe to say the desire to become a killer takes a certain type of disordered thinking, mental illness in itself is not a cause.

There are many millions of people in the world with differing forms of illness, the overwhelming majority of whom would never consider harming anyone. In fact, those with mental illness are more likely to be harmed by others. And when they are aggressive, the mentally ill usually harm themselves.

We were all stunned and horrified by the unspeakable massacre in Las Vegas earlier this month. It would be a grievous error to simplify this as the act of a mentally ill individual. There is no evidence he suffered from any disorder. Not knowing the motivation for a killer’s heinous disregard for the lives of the people at whom he or she randomly shoots – or, as far as I’m concerned, why or even how anyone can justify owning assault weapons – leads to distracted thinking and creates answers before specific questions are formulated.

What we need to understand is the push by some to justify owning weapons as an American “right.” When the Second Amendment of the Constitution, the right to own weapons, subverts the First Amendment, the right of the people to assemble peaceably, something is wrong with the sense of balance the Constitution intended for those who would live under it.

What we need to understand is why Congress repeatedly shuts down any discussion on the topic of gun safety. It is far too simplistic to blame the NRA when many gun owners break ranks and publicly declare the importance of gun safety.

In a somewhat fortuitous turn of events, the October edition of Scientific American featured an article by Melinda Wenner Moyer titled “Journey to Gunland.” Moyer carefully reviewed 30 well-researched studies, strikingly demonstrating that more guns are not linked to increased safety. Quite the reverse. The overwhelming number of studies indicate that “more guns are correlated with more “crimes: murders, rapes, and others.”

Very little research exists to support the notion that gun ownership reduces crime. In the article, Moyer speaks of several interviews she conducted with gun owners. Most did not believe the primary reason for having a gun is defense.

But gun ownership is a confusing issue. Most people who carry concealed guns are white males. Most of those injured or killed by guns, outside of mass shootings, are black males. Government studies of gun usage for self-defense suggest a trivial number of encounters while studies linked with the NRA suggest that guns were used for self-defense more than 2.5 million times in a year.

So, in short, not much has changed since Columbine except that mass shootings are more deadly.

Firing a gun at a range may be fun and exhilarating. Owning a gun and using it safely and properly is a responsibility, even a burden. Firing a gun at a stable target at 11 to 27 yards is not the same as using a gun against a human being at close quarters or even at a distance.

(Personally, try as I might, I cannot begin to comprehend how any private citizen can justify owning assault weapons.)

The issue of gun safety is not an esoteric one. There has been a movement among many even in low-crime communities to purchase weapons. The excuse is personal and community safety. Are there people in your shul who carry guns with no formal training? If you think you’ll be safer because untrained gun-toting neighbors will protect you and themselves, I suggest you think again. The research all says otherwise. 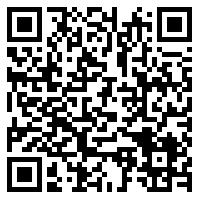