That’s the same kind of problem with the response to the Michael Brown killing.

If it’s wrong to use racial stereotypes, if that’s what is being protested in Ferguson with the outraged response to the shooting of a black teenager by a white police officer, then why is it okay to use any kind of stereotyping?

The Ferguson fury, whether against whites in general or police officers or (incredibly, as they have nothing to do with this particular horrible situation – Jews) has been directed at a class of people, for what was done by one person. Putting aside, of course, whether the single white police officer at the vortex of this nightmare did something wrong, regardless of the tragic result.

If the response to lumping all people in a class defined by race or religion or occupation is that these classes of people respond systematically in a racist manner as proven by statistics – the response to that is if statistics are allowed to trump specifics, those complaining are not going to be happy with the results.

And then there is the malicious manipulation of such fury. This outburst of anger, which is itself a form of racist fury (or would they use the defense of provocation to mitigate their culpability?), is being directed against a minority group which had nothing to do with the incident at all. Who will call these agitators on their effort to insert themselves into a tragedy and create even greater mayhem?

And yet another tragic irony is that the people hurt the most by the paroxysms of violence in Ferguson are the very people whose response to what is perceived as a racist world was to better themselves by being productive members of the community. The numbers of black-owned businesses destroyed by the rioting is a final disgrace. And there are so many. 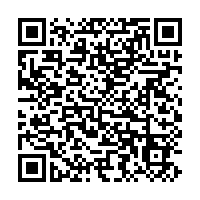