Chosen People Ministries, an evangelical organization that openly proselytizes to Jews, will sponsor a debate between Jew for Yoshka Michael Brown and Orthodox Rabbi Shmuley Boteach, a.k.a. America’s Rabbi, in New York City on August 8. The debate will take place from 7:30-9:30 PM at 2 West 64th Street in New York, and will be streamed live on YouTube. Its purpose, according to the missionary group, is “to tackle the age-old controversy of whether the New Testament is anti-Semitic.”

Over the past two millennia, Jewish scholars have been forced into religious debates with learned Christians, which never ended well for our side. For one thing, it was near impossible to debate Church officials who didn’t read Hebrew and so their points were based on mistaken translations; and then, it didn’t really matter who won the debate – it was usually followed by burning Jewish books, synagogues, and just Jews.


It’s probably safe to say that the August 8 debate will not result in much burning, but the Talmud discourages a voluntary religious debate with gentiles, citing Chagiga 13a: “Rabbi Ami said, one does not communicate Torah to a gentile, as is said (Psalms 147:20) ‘He has not done this for any gentile, and they do not know His laws, hallelujah.'”

It’s also clear why Rabbi Shmuley Boteach, who happens to be one of the best debaters on the planet, will ignore poor Rabbi Ami and teach Torah to the gentiles big time: back in 2001, he told the Telegraph why he enjoys media attention: “It is first of all because of my ego. I have a deep need to read about myself in the newspapers.”

The president of Chosen People Ministries, Dr. Mitch Glaser, was born into a “nominally Orthodox” Jewish home in New York City, dropped out of college in 1970, moved to California and, yada, yada, yada – became Christian. He said in a statement: “The question of whether or not the New Testament contains anti-Semitic sentiments has been a raging issue since my boyhood years growing up as a Jewish New Yorker. I anticipate the debate will inform members of both the Jewish and Christian communities in the greater New York areas as we have two of our country’s leading experts speaking on this important topic.”

Michael Brown, who will debate America’s Rabbi, also grew up in a Jewish home, and was 16 when he ingested “enough mescaline for 30 people.” He was thoroughly delirious, and yada, yada, yada – ran into the street and was almost run over by a car driven by his parents. “Yet somehow, God’s goodness and patience overcame my stubbornness, my pride, my sinful habits, and my religious misunderstandings. By the end of 1971 I was a new man!” he recalls.

Boteach stated that “it is always a privilege to debate my good friend Dr. Brown. Although we disagree, we bring well-informed arguments on both sides; I know that I can look forward to an exciting dialogue that will allow me to enhance my perspective and to provide provoking food-for-thought to listeners.”

For the record, Rabbi Shmuley Boteach is not just a brilliant man and a fascinating Jewish scholar – he’s also a good guy, supports Israel, a sane Republican (he lost New Jersey’s 8th District to the Democrats by about 75 to 25 percent, but we here at the Jewish Press Online supported him all the way). We also understand the excitement in pounding a Jew for you-know-who against the ropes.

It’s just that August 8 this year falls two days before Tisha B’Av (although the fast is pushed off to Sunday, the tenth of Av), when bad things happen to good people, and, smart or not, Rabbi Boteach should be careful. Maybe reschedule to Purim? We do much better on Purim. 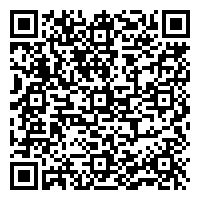