During a ceremony at the presidential compound in the Palestinian capital to pay respects to “martyrs” who died in attempting to kill Jews, Abbas also presented the pigeon with a small medal to wear around its neck as a token of the achievement, and declared that the bird would henceforth enjoy all the privileges of Palestinian citizenship.

“Pigeon, you have struck a blow for the Palestinian cause,” pronounced the president. “I hereby grant you, on behalf of the entire Palestinian people, this medal, and a diplomatic passport of the State of Palestine, to allow you passage wherever your wings take you.”

The defecation took place last Wednesday, as Netanyahu’s motorcade made its way through Jerusalem, from his official residence to the Knesset. As the procession of vehicles passed under a wire strung over Bezalel Street near Sacher Park, the two-year-old pigeon, a father of four, let loose a whitish, liquidy mass surrounding solid dark chunks. The glob of guano struck the front left fender of the lead car, and remained there for a full twenty minutes until the driver conducted his routine check of the vehicle and wiped off the offending mess.

Abbas lauded the pigeon for joining the ranks of urban wildlife that has provided a morale boost to Palestinians everywhere. “You will be remembered for the ages among the street cat that scratched an Occupation soldier in Hebron six years ago, and the noble mosquito who flew into the eye of a Zionist terrorist at a checkpoint near Tulkarm last year. It is my fervent hope that other creatures are inspired to impair the oppressive work of the Zionists trespassing on and raping our sacred land.”

The president also used the occasion to announce the formation of a new unit of the intelligence service to recruit and train wildlife for such morale-boosting operations. Aides to Abbas disclosed that the names of two of his confidants have been floated as possible leaders of the unit, both of whom are currently in Israeli jails.

Reporters were unable to interview the pigeon, which had been trapped, slaughtered, and eaten by Bedouin living on the outskirts of Ramallah whom the Palestinian Authority will not allow to live in any organized urban area so their plight can continue to be exploited by Palestinian propagandists to showcase the horrors of Israeli occupation. The medal was destroyed as a suspected Israeli espionage device. 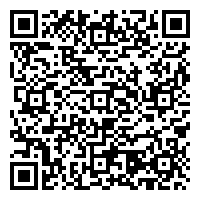