The Boycott, Divestment, Sanctions movement aimed at isolating Israel politically, economically, and diplomatically claimed credit for Queen Vashti’s refusal to answer King Ahashverosh’s summons, saying that the queen had been swayed by their arguments that because Jews were in attendance, declining to appear there would send a message of solidarity with Palestinians.

Parshandata Eno, a prominent BDS activist in the entertainment industry, told Variety magazine that the queen’s decision not to follow her husband’s orders came after the group had prevailed upon her to support the Palestinian cause. There were Jews, including Zionists, at Ahashverosh’s feast, and pointedly not attending such an event served to demonstrate that Vashti was a woman of conscience who refused to let treatment of indigenous Palestinians pass without protest. Vashti remained unavailable to confirm the BDS account.

“We are proud to announce yet another success in our ongoing mission,” Eno told his interviewer. “Queen Vashti is the most prominent figure so far to answer our call to come to the aid of the beleaguered Palestinian people suffering under the racist policies of the Jew- I mean the Zionists. It was a mistake for Cyrus to enable such brutality on the part of the Zionists.”

Critics wondered why the movement had chosen Ahashverosh and his celebration as the target of a protest, since the king had put a stop to Jewish ambitions toward sovereignty in the Holy Land, by halting work on the rebuilding of the Temple authorized by his predecessor. “This alienates the very people that BDS needs to achieve real change in policy,” lamented Za Havagalon, who heads an organization of liberal Jews similarly opposed to Jewish sovereignty. “We would like nothing more than to work with Mr. Eno and his allies on sowing the right kind of change in our community and in royal Achaemenid policy, but such sweeping refusal to engage with the very people who might sympathize with their goals can only hinder progress.”

This is not the first time the BDS movement has claimed victory as the result of a development that actually runs counter to their goals. Earlier, BDS activists had urged Neo-Babylonian Emperor Nebuchadnezzar II not to demand that the Jews Hananiah, Mishael, and Azariah be forced in public to bow to a graven image in the Valley of Dura, as that might “normalize engagement” with Jews. The miraculous survival of the trio in a fiery furnace then made the emperor even more sympathetic to the Jews and ill-disposed to their opponents. BDS nevertheless trumpeted the incident as a public relations success, as it “raised awareness” of the plight of the Palestinians.

Palestinian representatives declined to comment on this week’s events. as their remote ancestors will not exist for another eleven centuries. 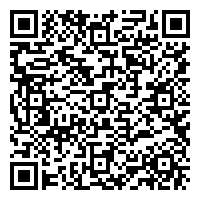