Jerusalem, July 21– Muslim community officials expressed anxiety today that some Jewish holy sites might have escaped the fate that befell almost all other places of Jewish significance, namely their transformation into Islamic sites to demonstrate the supersession of the latter over the former.

Waqf and religious officials in the Palestinian Territories and the wider Islamic world confessed their misgivings this week in separate conversations, concerning the troublesome possibility that at least one Jewish shrine remains unappropriated by Muslim conquerors, a development that threatens the absolute nature of Islam’s inevitable dominance in Islamist theology and political ideology.

“It’s hard to shake the nagging sense we haven’t completed the job,” admitted Euqdat Alnaqs of the Al Quds (Jerusalem) Waqf that administers the Temple Mount, which Muslims insist on calling the Haram al-Sharif, or Noble Sanctuary. “It’s crucial for our uncompromising worldview to exert utter superiority to other forms of belief, in particular the ones that Islam claims to replace as the sole revealed word of God. If we’ve left out any sites to appropriate, we run the risk of the dominance falling short of total completion, which leaves room for possible doubt. That’s not acceptable, and we must remedy any such oversight as soon as possible.”

Alnaqs voiced his review of the major Jewish holy sites that Islam took over and still aims to exclude Jews from visiting or using for worship. “Al Aqsa is obviously in our hands,” he acknowledged, noting that even Israeli authorities defer to Waqf sensibilities regarding the presence and behavior of Jews at the site, at the southern end of the Jerusalem plateau where both ancient Jewish temples stood. “The Dome of the Rock, in the same compound, is the same, even though the Jews claim that’s exactly where the supposed temples were.”

“Next we have the Cave of Patriarchs in Al-Khalil, for which the Jews insist on using the obsolete, superseded name, ‘Hevron,’ despite our getting rid of the Jews there in 1929,” he continued. “Those massacres must have been fun. Anyway, there we’ve had trouble keeping the Jews out in recent decades, but for most of Islamic history we kept them relegated to the outskirts of the site, and will do so again when the Zionists are finally crushed. We also have various tombs that Jews revere as those of Rabbis or ancient prophets or ancestors, but that are now firmly ours: the so-called Joseph’s Tomb; Rachel’s’ Tomb; and those of other Biblical or later figures. I’m pretty sure we asserted dominance over every single one of those major sites, often forcing the Jews to find more esoteric or niche leaders at whose burial places to worship. We even made the Western Wall a garbage dump after 1948 and turned Mount of Olives grave markers into latrines and paving stones, after blowing up all the synagogues in the Old City. I’d say all in all we’ve been pretty thorough. But I just get this nagging feeling we may have missed something, and maybe that’s why the Jews just won’t stay down.” 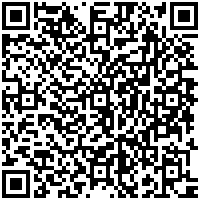