Ramat HaSharon, August 17 – Word of the developing diplomatic and commercial ties between Israel and several of the Persian Gulf states has sparked excitement among the Jewish state’s seasoned overseas travelers concerning the prospect of bringing to those countries for the first time the character of the loud, rude, self-centered sabra.


Israelis who relish their role of getting angry at chocolate distribution during flights; cutting ahead of people who have waited in line already; paying no attention to the volume of their public conversations; and other manifestations of entitled, inconsiderate tourist mentalities, voiced anticipation today of the opportunity that awaits them to bestow the experience of confronting such caricatures upon the residents of, and fellow visitors to, the United Arab Emirates, Oman, Bahrain, and other Arab and Muslim countries with whom Israel is expected to establish formal ties in the next few weeks.

Following the announcement Thursday that the UAE and Israel will establish full diplomatic and commercial relations, reports emerged of other states in the region that intend to follow the same path, in a new diplomatic phenomenon that sees what at least one commentator has called “unapologetic normalization” – a departure from the previous paradigm in which such ties with Israel occurred in the shadow of the unresolved conflict with the Palestinians, and in which any such ties appeared contingent on progress on the Palestinian front. The emerging new pattern instead relegates the Palestinian issue to secondary status at best, even as the UAE stressed that the agreement to establish ties rests on Israeli abandonment of plans to implement formal annexation of disputed areas. With the Palestinian question out of the way, Israeli travelers took to focusing on what they do best while out of the country: making themselves and their countrymen look like spoiled, whiny, provincial ingrates.

“I’m thinking a fistfight over in-flight chocolate is nice but we have to step up our game for our new audience,” mused Bur Amhaaretz, 54. “Rumor has it even Sudan will be in the picture soon, and that means numerous new venues for us to gather in large, loud groups, disregard local sensibilities, and act under the assumption that because we found a good deal on a travel package to some destination, we own the place.”

Amhharetz admitted other nationalities offer stiff competition for worst tourists. “I’m sure Americans can hold their own,” he acknowledged. “But we’ve had to develop our abrasive manner in a fraction of the time, considering how short a span Israelis have been well-off enough to travel in significant numbers. We’ll overtake our rivals in due course, and everyone will hate us, which is what we’re used to.” 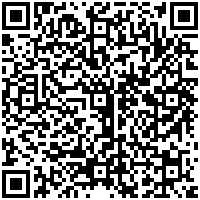