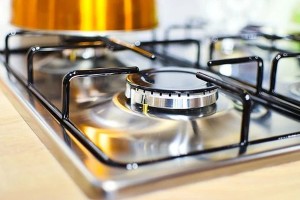 Teaneck, March 18 – Little more than a week after Purim, a local homeowner has managed to clear, vacuum, and scour her residence to rid it of foodstuffs forbidden to have in one’s possession during Passover several weeks hence, and she believes that sharing knowledge and photos of this accomplishment sparks envy and inspiration among her friends and acquaintances, family sources reported today, when in fact all she has achieved through such bragging is resentment and fantasies of brutal murder.


Lisa Gershonowitz, 50, posted photos this week on Facebook and Instagram of her pristine house, including the kitchen, even though the festival whose observance demands elimination of leavened grain products from one’s property will not begin until Saturday evening, March 27. Mrs. Gershonowitz, a part-time medical secretary and mother of five – grandmother of two so far – labors under the impression that informing all and sundry of her alacrity and efficiency in reaching this stage of Passover preparation so far in advance of the holiday will serve as a motivating influence on those who encounter it. In reality, every one of her friends, neighbors, colleagues, relatives, and social media contacts who learns of her milestone feels a sense of inadequacy and bitterness so profound that it prompts visions of seizing the nearest towel and squeezing the life out of the woman.

“I’m happy to inform you all I’ve finished by Pesach cleaning,” she wrote on an Instagram post with photos of her sparkling kitchen. Similar content on her Facebook wall apprised her friends of the immaculate state of the living room, dining room, bedrooms, and other locations within her two-story colonial. “I finished the Pesach cleaning in record time this year!

Reactions to the posts included numerous “Likes” and “Surprised” emojis, with the irony of the former failing to resonate. “Who does she think she is?” thought neighbor and Facebook friend Shoshana Deutsch as she infused all of her murderous rage into a click of the Thumbs-Up icon. “I swear, that woman is some kind of psychopath.”

Undercurrents of dismissiveness permeated the internal discourse around the images, with several relatives and colleagues reassuring themselves Mrs. Gershonowitz can manage this feat because her children have reached an age when cleaning up after them no longer presents a Sisyphean task. “Sure, I could do that a week after Purim also if I didn’t have elementary-school-age kids trashing the place all the time,” assumed Eli Schottenstein, a coworker. “It’s sights such as this that make me see things from Haman’s and Pharaohs points of view.” 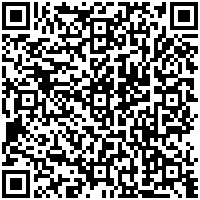