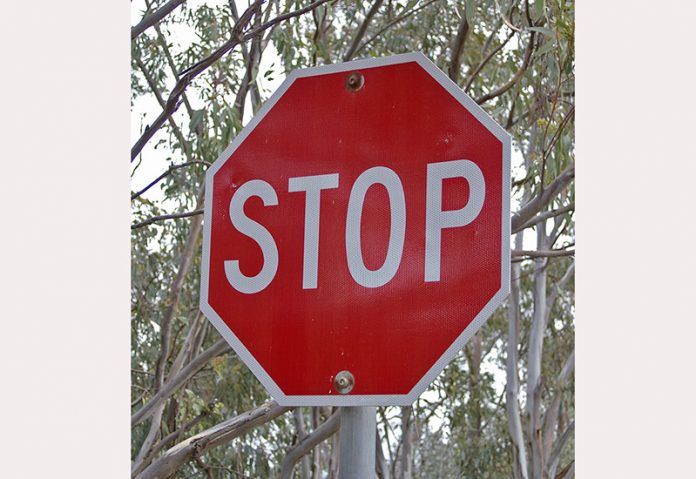 I attended the inaugural summit organized by the Combat Anti-Semitism Movement (CAM), the global interfaith coalition of grass-roots activists, thinkers and diplomats working to create a more inclusive future and to eradicate Jew-hatred. As part of the proceedings, CAM honored former U.S. Secretary of State Mike Pompeo on March 1 with its first-ever Global Leadership Award.

The breadth and diversity in culture, religious participation, generational inclusion and its honoring of people working for this cause was a breath of fresh air amid the present political polarization and growing incidents of anti-Semitic attacks.

The online event’s overall outcome was a well-established understanding of Israel’s importance as an indispensable security ally and partner for the United States, and vice versa. The innovation was acknowledging the extraordinary beneficial potential of the Abraham Accords to the Mideast peace process.

In these times of exploding anti-Semitism, including anti-Zionism, the accords are a strong additional branch to the framework addressing the region’s overall security needs.

When he received the award, Pompeo showed what happens when people committed to seeing results allow themselves to bring creativity to an old unfruitful process. Lasting for more than 70 years, despite multiple attempts and independent of the composition of both Israeli and American governments, this ongoing “stuckness” has cost many lives and pitted countries, religions and entire regions against each other. It has left the youth of so many countries hopeless and vulnerable to be recruited for violence.

The additional optimism that exuded from Moroccan Ambassador to the United Nations Omar Hilale and several other presenters, such as founder/director of Faith Matters Fiyaz Mughal OBE and Ambassador Dennis Ross, must become contagious. All countries searching for peace in the region and the world must open themselves up to this extraordinary change that brings long-term enmities to an end. It is important to let fresh air come in.

Indeed, there is a major movement of Muslims not only ready to stop being anti-Semitic but to combat anti-Semitism. Let us marvel at the willingness of the ministry of education in Morocco to introduce Hebrew classes in its primary schools and universities. It is a complete irony that some Muslim and Arab countries are taking these incredible initiatives while the school system in California is struggling to ensure that its diversity program does not teach anti-Semitic myths.

Hilale spoke of King Mohammad VI’s desire to create a “house of memory” by restoring the original Jewish names of streets; to recognize that the 2,500-year-old Jewish Moroccan community was and remains part of the Moroccan legacy and history, and contributed to Moroccan culture.

He believes that this is not reconciliation, but a reconnecting or relinking—recognition of the place of the Jewish people in the Middle East for thousands of years. Such statements put to rest the concept that the Israelis are a European import in the Middle East.

Pompeo spoke of the resistance his team encountered in its efforts to realize the Abraham Accords. This indicates the need to be open intellectually to optimism and to let go of the stubborn strategies that show no progress and that continue to alienate and separate the people involved.

Whether U.S. State Department officials or the European Union worried about the so-called “Arab Street” or carrying a monolithic concept of Muslim countries, it is crucial for them to leave behind the old paradigm that only the resolution of the Israeli-Palestinian conflict could help the rapprochement between Jews and Arabs. We must let go of the assumptions that kept the Islamic world hostage to a resolution of that conflict. While it is a just cause, it was laden with unrealistic expectations and demands, unworkable conditions and unrealistic assessments.

It does not require that we abandon the need to resolve the Israeli-Palestinian conflict. On the contrary, it adds another dimension to its resolution: It shows that relationships do not have to be based on anger and hatred or the arbitrary goodwill of one party. They are better based on diplomatic relations, economic partnerships and security alliances.

The possibility of progress is huge; it can bring significant change to peace in the area. There is now a crop of bold leadership that, according to Pompeo, “came together to change the face of the globe,” and as such needs to be supported and encouraged by all people who support peace. This will encourage many more Muslim countries, including populous Indonesia, to join the Abraham Accords.

The other resistant groups are Iran, the far-right and the far-left everywhere, especially in Europe and now even in the United States, the Islamists, BDS sponsors and Pakistan, etc. The rise of anti-Semitism everywhere is deeply troubling. We need to do our best to stamp it out.

Ahmed Shaheed, a Maldivian diplomat who served as the U.N. Special Rapporteur on human rights in Iran and chair of the Universal Rights Group—a Geneva-based human-rights think tank—spoke of the importance of supporting the IHRA definition of anti-Semitism. He recognized the need to focus on this issue as an international issue that affects the world’s well-being.

Indeed, a specific way in which this issue affects the world’s well-being is to look at the rise of anti-Semitism as a sign of societies in trouble. It is the failure of a society to benefit its population that gives rise to anti-Semitism. This understanding can help each community and country and the international community give the proper attention to the needs of these groups and bring healing. This will help combat anti-Semitism, while also alerting us to that society/group’s needs and help us plan the right interventions.

Of course, education is essential. Katharina Von Schnurbein, the first European Commission Coordinator on Combating Antisemitism and Fostering Jewish Life, and others spoke of the necessity of adopting the IHRA as an educational tool to be used by law-enforcement agencies and teachers, and to be made more widely known in schools, universities, municipalities, cities, sports, etc.

Shaheed, Pompeo and others in the summit coined what should become, in my view, the new slogans:

“No action (on anti-Semitism) is not an option.”

(Fighting anti-Semitism is) “the morally appropriate thing to do.”

“Leave no social wound ignored or group devalued and despised.”

(Gina Ross, MFCT, is the founder and president of the International Trauma-Healing Institute in the United States (ITI-US) and its Israeli branch (ITI-Israel). A specialist in individual and collective trauma, she authored a series of books “Beyond the Trauma Vortex Into the Healing Vortex.” She focuses her work on the Israeli-Palestinian conflict) 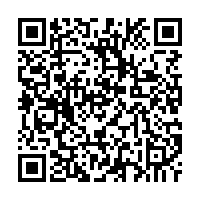