I have been asking some of my Facebook friends this questions today: How do you get past the rage? Rage…. Because today, four children from two families became orphans, when their mother/father were savagely murdered by yet another “freedom fighter.”  According to published reports, the murderer (I will not give one millimeter to his name) tied up his victims, and then executed them. He did not shoot them. He did not murder them. This monster executed them in the name of jihad and in the name of allah and in the name of all that is shaheed.


Kim Levengrond-Yehezkel and Ziv Hajbi were executed in the Barkan Industrial Zone early this morning. If you want “details” about the monster who perpetrated this act, you can search online. I will not defile my keyboard or the readers’ eyes with any of his personal details. I will take a moment to say that this murder. this execution, is merely a symptom of a much bigger issue: The blood lust of radical Islam to eradicate, annihilate and decimate all things Jewish and any vestige of a Jewish state. They would see anything less than complete annihilation as an utter failure.

Two state solution!? Ha! You would be hard pressed to find more than a handful of  “palestinians” alive who believe truly in this (insane) idea of “two states for two peoples.” What has been termed “Auschwitz borders”  really does sum up how terrible an idea that would be. No! They want it all. They want the Jews DEAD and the for the Jewish people to cede all their land to a people that has a fake history and a fake leadership.

Once again, terrorists genuflected at the altar of jihad, and this monster destroyed so many lives.

And the rage boiled over…and there have been many calls for heads to roll (in the literal and figurative sense)  from so many corners. I found myself enraged with little to no outlet for that rage. Why does Israel live by a different standard than any country? (I need not mention now how we are judged by a double standard; that is a different post altogether) Why do we deal with terrorists and their breeding grounds differently than other countries? Yes, we are a moral country and a moral army. But when that morality leads DIRECTLY to the death of our citizens, that morality is immoral, indeed. Our Sages tell us that those who are kind to the cruel will eventually be cruel to the kind.

But, back to the topic of rage. Every single time we experience a murder of a Jew (or a non-Jew) in the name of jihad, I become more enraged each time. It is an affront to humanity and an affront to G-d, as well. I feel sad for our People and think about the profanation of  G-d’s name in this world.

When I sent this question to my Facebook friends, I received no uniform answers. I asked myself the same question: How do I get past this rage when these tragedies occur?

Perhaps there is a way

And then, I sat down, and I thought it over. While these events bring out some very “difficult” emotions to deal with, perhaps there is a way to redirect that emotion of rage. There are many people in our lives whom we come across on a daily basis but do not necessarily interact with them. There are other with whom we come into contact and have a lot to do with them. Perhaps, if we channel those feelings of rage, hate, etc into ones of care, love and respect to others, then we can use THOSE emotions to reach out in new ways to all with whom we come in contact.

We can honor the memory of the victims of terror by becoming better people. By interacting both with people we know well and those whom we don’t, in a different way…a more open and friendly manner. (I am not suggesting sitting down in the middle of the road and singing kumbaya with total strangers.) I am referring to changing–even in the slightest–how we deal with others. We must show interest–genuine interest–in another person and go beyond ourselves just a little bit (even perhaps out of our comfort zone). At that point, that emotion of rage can be redirected and used for good.

Those emotions will in fact honor the dead. It will not bring the revenge we seek. But it will still demonstrate that in the face of pure, unadulterated evil, we can still rise above it all and, as individuals, do the right. thing. 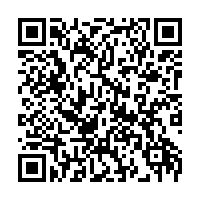