In 2005, Agriprocessors Inc., run by CEO Sholom Mordechai Rubashkin, a Lubavitch Chassid, lost its case before the National Labor Relations Board, appealed the decision, and then lost again before the US Court of Appeals for the District of Columbia. Only one judge agreed with the company’s argument that since its employees were undocumented aliens, they did not qualify to form a union: it was Brett Kavanaugh, President Donald Trump’s most recent Supreme Court nominee.

Under Rubashkin’s leadership, Agriprocessors was originally cited for animal treatment, food safety, environmental safety, child labor, and hiring illegal workers. But his sentence ended up being unimaginably harsh—27 years—as prosecutors had piled up the charges against him to include 86 charges of financial fraud, including bank fraud, mail and wire fraud and money laundering, defrauded St. Louis First Bank on a revolving $35 million loan by faking invoices from meat dealers, and inflating the value of his company.


Say what you will about Judge Brett Kavanaugh’s beer parties and other youthful indiscretions, his place in gentile paradise is probably secure based on his dissenting opinion, writing, among other things: “It seems ‘somewhat peculiar’ indeed, as Board Member Kirsanow observed, to order an employer ‘to bargain with a union representing employees that the [employer] would be required to discharge under the Immigration Reform and Control Act, 8 U.S.C. § 1324a.’ […] Their immigration status apparently unbeknownst to their employer, illegal immigrant workers voted in a union election and affected the election’s outcome. The employer later discovered that the workers were illegal; terminated them as required by federal immigration law; and sought to overturn the tainted union election. The NLRB ruled that the union election must stand because illegal immigrant workers are ’employees’ under the National Labor Relations Act and thus are entitled to vote in union elections. The majority opinion agrees.”

Kavanaugh continued: “I respectfully dissent. The result reached by the majority opinion not only is ‘somewhat peculiar,’ as Judge Henderson acknowledges, but also is inconsistent with Supreme Court precedent and the Immigration Reform and Control Act of 1986. s the Supreme Court has explained, the term ’employee’ in the NLRA must be interpreted in conjunction with the immigration laws. […] I would hold that an illegal immigrant worker is not an ’employee’ under the NLRA for the simple reason that, ever since 1986, an illegal immigrant worker is not a lawful ’employee’ in the United States. I would therefore vacate the Board’s order and remand for the Board to determine how a party can challenge a union election or certification upon discovering after the fact that illegal immigrant workers voted in the election and affected the outcome.”

On December 20, 2017, President Donald Trump commuted the prison sentence of Sholom Rubashkin, releasing him 19 years before the end of his sentence. The White House wrote the commutation was “encouraged by bipartisan leaders from across the political spectrum, from Orrin Hatch to Nancy Pelosi”, and was “based on expressions of support from Members of Congress and a broad cross-section of the legal community” though the action “is not a Presidential pardon. It does not vacate Mr. Rubashkin’s conviction, and it leaves in place a term of supervised release and a substantial restitution obligation, which were also part of Mr. Rubashkin’s sentence.”

Among the supporters for a presidential pardon for Rubashkin under the Obama administration were Reps Debbie Wasserman Schultz (D-FL) and Sheila Jackson Lee (D-TX), Forty-five members of Congress who wrote then Attorney General Eric Holder asking to look at the case and the unusual sentence, and 52,226 online signatories who asked President Barack Obama to investigate the Rubashkin case, to no avail.

Prof. Alan Dershowitz was among those who recommended to President Trump to commute Sholom Rubashkin’s sentence. 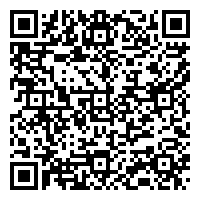