Note: This is satire, but does accurately reflect my feelings towards the Israeli government.

While I do not believe in the legitimacy of any government to exist at all, if I were forced to be Israel’s prime minister at gunpoint (it could happen any day now) and I had to name ministers, what would my government look like, and who would be in it?

I started thinking about this for more than a fraction of a second when I saw who got what in the divvying up of ministerial positions. So-and-so is minister of “strategic affairs.” Some other guy is minister of “agriculture.” Another idiot is in charge of “water,” because after all, if some politician who knows nothing about water supplies is not in charge of all of our water, we’ll all thirst to death and the Kinneret will turn into sewage overnight. This has already happened twice back before politicians were in charge of water.

And agriculture. Thank goodness a politician who knows absolutely nothing about how to grow food is in charge of the entire agriculture sector so he can tell us what we can import, export, buy, sell, when and where and how. Otherwise no one would be able to grow any food and we’d all starve.

But, OK, let’s assume I had to build a government and name ministers. Who would they be? First of all, I’d build a coalition of 120 MK’s and include everyone in my government by promising everyone a ministerial position. First, I would name Yair Lapid Minister of Male Grooming. He will be responsible for training all men in the state who can’t groom themselves and look like shlubs, how to look decent, improve their smiles, and generally look kempt. I will pay him $500 a month and give him a budget of $20 all out of my own pocket, and if he goes over that amount, I will fire him and give his job to Ahmed Tibi.

Instead of only one agriculture minister, there will be 5 ministers of one lima bean plant. These 5 people will be Liberman, Silvan Shalom, Tzipi Livni, and two of the smartest apes I can find in the Jerusalem Biblical Zoo. They will all fight over how to regulate the lima bean plant and can pass whatever ministerial orders they want on how to restrict, tax, and at what age to draft the lima bean plant into the army, but nothing else. If they start fighting, they’re all fired, except for the apes, who can continue regulating at will.

There will be an Interior Minister, but he will only be in charge of regulating the interior of his Knesset office. In fact, everyone in my government can be an Interior Minister. They can all decorate them with lima beans they get from the Lima Bean Plant ministers on the off chance that the 5 lima bean plant ministers haven’t regulated and taxed the lima bean plant to death. I’ll give them each a shekel to buy some gum for their offices from my own pocket.

There will also be a Culture and Sport minister. (Yes, in Israel, there actually is a politician in charge of “culture and sport”. Because without politicians, we’d forget how to play soccer and be cultural.) The culture and sport minister will be Gidon Sa’ar, who word has it likes to go to night clubs. His job will be going to night clubs once a week and writing a report about the number of flies on the ceiling of the night club. If he doesn’t write the report every single week and submit it to my desk (This Week: Eight Flies), he will be fired and his position will not be filled.

The foreign minister will be nobody, as I’m not interested in talking to other state leaders.

The education minister will be nobody, as I’m not interested in telling parents how to educate their kids.

The housing minister will be nobody, as I’m not interested in telling people where they can and can’t build and live.

The communications minister will be nobody, as I am not interested in telling people how they can communicate and what cell phones they can buy for how much. 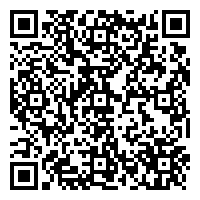