Every now and then I  have a personal experience with Politically Correct thought.

Three times daily, we recite  Psalm 145 (Ashrei).
King David , in his conversation with God writes,” God watches over the righteous  and destroys the wicked.” Many of David’s appeals to God contain this theme.
This prayer and similar ones make some Jews feel uncomfortable. Destroy the wicked? It sounds so judgmental, so vengeful. how distasteful is that!
Perhaps because of this growing phenomenon, I make sure to read that passage aloud when I lead the service.
I have a good idea as to which of the congregation behind me welcomes hearing the passage that makes a clear distinction between good and evil,  and which ones cringe when hearing it.
This morning one of them mocked aloud, “Shalom thinks that if he doesn’t say the passage aloud, God won’t act.”
I answered, ” If David felt it was important enough to write  it should not be hidden.”  God can also act without written prayer, but David thought it important to write for posterity and our daily awareness. “
David was not  PC. He was not as sensitive or sophisticated as some of our “progressive”  teachers today. If King David lived in our generation with those same outmoded ideas, he would be shunned and mocked by “sophisticated” Jews.
I am reminded of what I heard from a “Progressive” rabbi some years ago.
He  led a very liberal, Anglo congregation in Katamon.
He said that he would love  to delete the “Av Harachamim”   prayer that we  say on Shabbat.
This prayer was written by the survivors of the massive Crusades massacres in Germany eight hundred years ago.
Ashkenazi Jews say it every Shabbat since.
The prayer recalls the suffering at the hands of the merciless Crusaders and calls for revenge for Jewish blood that flowed like water.
The progressive rabbi wanted to shield his sensitive congregation from harsh words as these.
After all, it was over eight hundred years ago, Let go!
Talk about nice things.
I wonder what progressive rabbis will say about remembering the holocaust in a few centuries( or decades) from now?
No; I think I will continue to repeat the words of David’s prayers aloud despite the sensitivities of my more sophisticated friends.
Advertisement 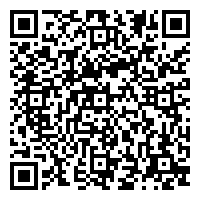