In the wake of last week’s huge explosion of what is possibly a major arms( intended to kill Jews) depot in Beirut, Israelis are debating what is considered the proper reaction and correct feelings towards the many civilian casualties.

At this writing we have not yet seen very progressive, humanitarian Jewish groups publicly say kaddish or light candles for them.
Maybe it is because they did not die trying to kill Jews. They reserve public kaddish only for select people – those in active conflict with Israel as in the last Gaza confrontation.

This does not mean that trues Jews – pure Jewish progressive hearts do not go out for suffering people who are part of a society of Jew/Israel haters; like the Arab countries that surround Israel.
Progressive, humanistic Jews are chomping at the bit to send humanitarian aid to this enemy population. The enemy though would rather die than live the shame of accepting aid from the hated Jews. But the Jews never give up. They yearn the love of their enemies. It’s a sick Jewish thing.
Progressives surely raise an eyebrow; enemy populations? Does this really exist except in the mind of a fanatic, racist, nationalistic warmonger?
What is the enemy population if not innocent civilians that have no hatred for Jews? It is only the ones who actually shoot at Jews that can perhaps be called the enemy.

I would suggest that the Arab populations. brainwashed for generations to hate and kills Jews( longer than the Germans of the Third Reich) and its state is as much Jew-haters as the enemy population of Germany. Their cities were flattened by the enlightened Western allies with lots of civilian casualties just as Germany bombed their first.
That was considered a righteous war of light against darkness.

Our Arab civilian neighbors have endless opportunities to show even the tiniest hint of empathy when Jewish civilians in Israel are murdered by Arab terror. Instead, they rush to share sweets at traffic lights and public squares(which they name after mass killers of Jews)
Of course, our enlightened progressive brothers will wag a moral finger and remind us that we are not like “them”( a racist statement?). What does that mean?
Does it mean that we turn the other cheek in our hearts and weep when our enemies fall?
Wrong religion.
King David frequently thanked God for the fall of his enemies, and they did not include only males of fighting age.

Lebanon is an enemy country that is run by Hizbollah – dedicated to killing Jews; and not just in Israel.

So do I shed a tear when my enemy falls? No, I read the Psalms with joy that praise God for just that.

But then again David did not understand true Judaism, did he? 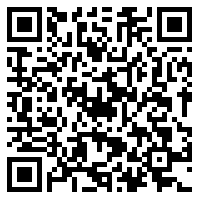