Michael Makovsky, president of the Jewish Institute for National Security of America (JINSA), spoke to participants in a June 1 Middle East Forum webinar (video) about the merits of a U.S.-Israel Mutual Defense Pact.


Although the relationship between Israel and the United States has many of the characteristics of a formal alliance – intelligence sharing, regular joint exercises, prepositioned weapons and so forth – the two countries have opted not to sign a traditional mutual defense pact because of Israel’s determination to defend itself by itself and maintain freedom of action in conducting military operations, and because of American reluctance to be dragged into Middle East conflicts.

However, according to Makovsky, the revival of Iran’s nuclear program and the growing capabilities of its proxies mean Israeli deterrence alone may be insufficient to stave off a regional military conflagration, particularly given “the trend in America towards a retrenchment in the Middle East.” Hezbollah’s arsenal of an estimated 130,000 rockets and missiles is vastly superior quantitatively and qualitatively to its stockpile the last time it fought an all-out war with Israel in 2006. “Unless there’s a regime collapse in Iran, I think we’re heading at some point to a major war between Israel and Iran and Hezbollah.”

Accordingly, in 2019 a JINSA working group headed by former NATO Supreme Allied Commander Adm. (ret.) James Stavridis issued a report proposing a U.S.-Israel mutual defense pact designed to “add an extra layer of deterrence” against Iran and “help mitigate the intensity and scope of a major conflict if one broke out.” Since then, Israeli Prime Minister Benjamin Netanyahu has embraced the idea, U.S. President Donald Trump has shown interest in discussing it, and Sen. Lindsey Graham has spearheaded congressional support for it.

A mutual defense pact is “not that radical an idea,” Makovsky explained, noting that the U.S. has such treaties with about 50 other countries, which have invariably served as a “source of stability for the countries and the regions that they impact.” A U.S.-Israel mutual defense pact would do likewise by deterring the Iranians from launching on all-out war that would severely threaten American interests. “The assumption is the last thing the Iranians want is to bring the United States into a direct war.” This “extra layer of deterrence” would be good not just for Israel and the United States, but “good for the Middle East … contribut[ing] to stability even while we’re lowering our footprint in the region.”

Though mutual defense pacts traditionally mean that an attack on one party is an attack on all, Makovsky emphasized that the treaty envisioned by JINSA would be “much more narrowly conceived than every other mutual defense pact the United States has concluded.” American obligations to come to Israel’s defense “would only be triggered by exceptional circumstances,” he said, such as the use or threatened use of weapons of mass destruction or an attack that imperils Israel’s existence or “economic viability.” The kind of rocket attacks from Gaza and terrorist infiltrations from Lebanon that Israel periodically combats would not necessitate U.S. action. “Things that Israel could normally handle on its own, it should handle on its own. … No Israeli government would want to enlist American support for dealing with [such] threats.”

The biggest concern voiced by Israelis and Israel supporters in the U.S. is that a mutual defense pact would restrict Israel’s freedom of action. But these concerns are not borne out by history. U.S. mutual defense pacts with its allies “didn’t stop the UK from going [to war] in the Falklands, even though Ronald Reagan wasn’t very enthusiastic about it” and “didn’t stop the French from getting involved in certain things in Africa, even though America had apprehensions about that.”

Israeli opponents of a mutual defense pact have also “raised concerns that you’d have IDF soldiers in Afghanistan.” But “no one really thinks that’s going to happen,” said Makovsky, and the prospect could be eliminated entirely by incorporating provisions into the treaty that “define the geographic area that it applies to” and “stipulate exactly … where Israeli soldiers would deploy.”

Currently, Israel assumes “a lot of the responsibilities of a mutual defense pact without some of the benefits.” For example, it already consults with Washington before conducting military operations that could significantly impact U.S. interests.

A U.S.-Israel mutual defense pact, like any other treaty, would require the support of 67 senators. With anti-Zionism growing on the left side of the U.S. political spectrum, said Makovsky, now is “a good moment to really push this issue” while “we still have many very pro-Israel Democrats,” along with a “very pro-Israel” president. A mutual defense pact “would serve as a brake [on] what a [future] president less friendly to Israel could do to Israel,” he added. 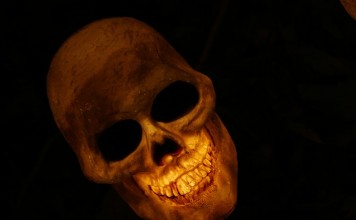 When Evil Rules, The Masses Must Unite – The Tamar Yonah Show [audio] 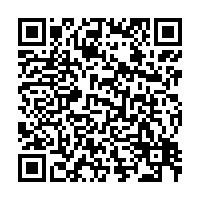