“We will use any means to ensure that the Israeli society is based on equality, ethics and justice,” he said. “We must not lose our morals or our purity of arms, even during the most difficult times. No small number of soldiers and commanders have endangered their own lives, and even injured or killed for the sake of these values. This shows the legitimacy of our path.”

This is the same Mofaz who is directly responsible for the death of IDF soldier Madhat Yusuf as he bled to death defending Joseph’s tomb from “Palestinian security personnel” (terrorists in uniform whom we acknowledged with the Oslo perfidy, and with weapons we gave them) in October 2000.

Rather than risk the “peace” with our “peace partners,” Mofaz, then chief of staff, was there on the scene observing with his field glasses, as delirious Arab mobs assailed and desecrated our holy site and shot at our soldiers cowering inside.


Incredibly, Mofaz chose to put his faith in his “Palestinian counterpart” as he was assured that the attacks will end and the he will send an ambulance to help the wounded. The ambulance never arrived.

Our soldier bled to death – but the “peace process” survived!!

This is the ‘Sodom and Gomorrah’ mind set that directs people like Mofaz; and our current deputy chief of staff who sees a parallel between Israel today and Nazi Germany of the 1930’s…

Of course, these self appointed bearers of the moral torch, were there as advocates of handing our land to our enemies at every opportunity, even , or especially, if it meant the mass expulsion of our people from their homes and destroying their lives. Morality demands…

This Memorial Day we remember the 23,447 soldiers and victims of terror who gave their lives for us in our land. This ghastly number does not include the tens of thousands crippled in body or mind– or both. It does not count the thousands of devastated families who will never be the same.

On this day, I rather not hear from our “military leaders” who have lost the moral compass and rub salt into our wounds.

Perhaps we can better understand now why Israel has not won a war since 1973. (We fought five since then; three in Gaza in 2005 that we gave to Hamas and two in Lebanon that we gave to Hizbullah in 2000)

The chief of staff during the 2006 Second Lebanon war was , Dan Halutz. While sending men into battle he did not forget to take the time to sell his entire portfolio as he knew that war and stocks don’t go well together..Smart man . Great leader. Lost war. Lots of dead soldiers. Saved his portfolio.

One year before, to the day, Halutz very proudly presided over the very successful, well planned military campaign in Gaza – the one in which he expelled ten thousand Jews from their homes and handed it to Hamas..

On this Memorial Day, as we remember our true heroes, those 23,447  who put down their lives despite the blustering and warped moral compass of some of our generals, let us take solace in the fact that the people are indeed waking up.

No doubt, these blowhard “leaders” realize that their light is fading.

Servants of values not shared by the majority of Jews in Israel, the baton of leadership is slowly but surely changing hands.

May we be blessed with leaders who know the value of Jewish lives and Jewish land. 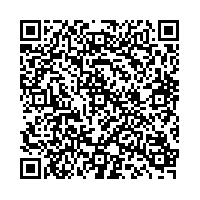