The State of Israel came to a standstill at 11 am Wednesday when a siren shrieked through the countryside, reminding the nation of the losses we’ve suffered this year and those past.

The siren also sounded after nightfall at the start of Israel’s Memorial Day to remember IDF soldiers who fell in the line of duty and Israeli citizens who died as victims of terror.


Israel has lost 23,477 soldiers in wars since the time Jews first began to settle outside the ancient city of Jerusalem. The figure includes members of all of Israel’s defense forces: the IDF, the Israel Security Agency (Shin Bet), the Mossad, Israel Police, Israel Prisons Service, World War II Jewish Brigade and Israel Defense Forces soldiers who died of wounds suffered during combat. There were 59 such soldiers this year.

In Jerusalem a memorial ceremony to honor fallen soldiers began at Mount Herzl military cemetery with the sound of the siren. President Reuven Rivlin, Prime Minister Benjamin Netanyahu, IDF Chief of Staff Gadi Eizenkot and other dignitaries attended the even in Jerusalem.

A similar event with Defense Minister Moshe Ya’alon in attendance took place simultaneously in Tel Aviv at the military cemetery in Kiryat Shaul.

Israeli victims of terror are to be honored in another ceremony at 1 pm.

More than 1.5 million Israelis are expected to visit 52 military and other cemeteries through the State of Israel on this day.

At nightfall, the torch-lighting ceremony to signal the end of the sadness and the advent of joy will be held at 8 pm, launching the start of celebrations for Israel’s Independence Day.
Those attending the ceremonies can ride the Jerusalem Light Rail to reach Mount Herzl free of charge, up to the time of the event. 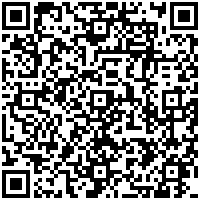