Sirens wailing in the middle of the night. Terrifying explosions outside the door. People in panic, rushing their children to a “safe place”. Homes destroyed. Blood all over.

Last night huge missiles slammed into a tranquil village in the center of the country.

The quiet village was not in the “territories” and an Arab population (who was armed by PM Rabin in order for the PLO to protect us, in 1993).
It was not on the Lebanon border near where we retreated and handed the  Hizbullah their base of operation against us (PM Barak – June 2000).
It is not near Gaza where Hamas uses the land we gave them (PM Sharon August 2005) to attack us 24/7.
No.
This part of the country was supposed to be protected from “the price of peace” of the Oslo and Expulsion geniuses.

Alas, it too is not safe.

There is not a single corner of Israel that is safe from those who were supposed to appreciate our concessions and be our “peace partners” in the  “New Middle East” as promised us.

What are the questions asked today by the media?
What happened to the missile defense system!
Was the attack perhaps a mistake?
Which terror group is responsible?

Truth be told, very few in the media or politics are willing or capable of offering a solution.
We have spent huge treasure on sophisticated anti-missile technology.
We have invested even greater treasure in physical barriers and hardened  “safe spots” to run to and hide behind from the missiles.

Still, Israel’s population sleep furtively with a sword constantly poised over its head.
The panic and dread of one missile that fell in the center of the country last night, is the constant experience of Israel’s population living near Gaza for years (especially since Israel forfeited Gaza to the terrorists for peace).
The missiles today are more sophisticated than when we fled Gaza and Lebanon. The terrorists are bolder.
As Israel supplies the terror government in Gaza with water, electricity and lots of cash, and they build a sophisticated war machine to be used against us, we wonder.
How to deal with the next misle? Where will it possibly fall?
How do we hide ?

You would think that Israel’s enemy is the missile.
Was the Luftwaffe the enemy of Britain in 1940, or was it the regime that sent them to kill Britons?
Was Britain’s aim to clear the sky of enemy planes or to bring down the evil regime that threatened it with destruction?

The political and media establishment in Israel is numbed by the fear of the very thought of destroying the Hamas terror regime (that was voted in by a majority of Gazan Jew haters).
Who would Israel “talk” to if they were eliminated? To whom would we give millions in cash?

Who would take responsibility for the innocent population (the Jew haters) of Gaza?
Do we really want to return to the pre missile days and to control Gaza?

I know of only a very few  politicians in Israel who advocate the only realistic solution:

Take over Gaza and thus stop the terror attacks on Israel.

Use all the massive military might and sophistication that we have to destroy the leadership of Hamas and their entire military and supportive infrastructure.
Make clear that UN, schools, hospitals, etc… that protect terrorists must be evacuated immediately as they will be targeted. Do it by air and special operations.
Do not send in large ground forces.
Make it clear to the Gaza population that anyone acting as a Hamas collaborator will be dealt as the Hamas leadership is.

Only when it is fairly certain that the Hamas leadership and military are severely weakened do we send in ground forces to secure the area.

Once it is secured, we will allow civilian life to resume with our direction.
We then eliminate all pockets of Hamas support.
The civilian population is told that Israel will aid them in emigrating. Polls repeatedly show that way over half the population wants very badly to leave Gaza.
Today, those who can, do leave and even bribe Hamas to make it possible.
Help them along their way.
They will be very appreciative.

Where will they go?
With cash in their pockets ( instead of spending money on walls and secure rooms, it is better spent on finally solving the problem and not continually hiding from its symptoms), they will go to the front of any line waiting to enter another country in the West or the Gulf oil countries.
Many have relatives in these places who are waiting for them.

Those who want to remain will have full human rights as long as they are peaceful. One wrong move and out.
Israel does not owe them citizenship. They are free to go where ever they wish.

Bring back the brave, productive Jewish residents to the area and encourage others to join them in making this part of our land great again – and forever Israel.

The alternative?
Yet “another round” and putting our wonderful soldiers in harm’s way. (Ganz  proudly exclaimed that he is willing to sacrifice our soldiers rather than endanger “innocent enemy civilians).

I don’t think so. 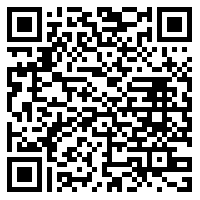