Today is Independence Day;our sixty-ninth. Not bad for a tiny country, smaller than Lake Michigan, under threat of annihilation every day of each and every one of those years.
The stats are nothing short of miraculous.

Israel boasts the best milk cows in the world; same for wheat production per acre, dates per tree..and the unbelieveable list goes on This tiny desert land and its people break the mold. It is an anti history phenomenon.

I met a group of Vietnamese at the Kotel last month. This was the first group I have ever seen in Israel from that country.

I mentioned that to one of them. He said,” No we are not tourists. We are a group of selected farmers here to learn about farming from Israel.” Vietnam is a country of one hundred million, farmers for millennia with the best soil in the world, and they come to learn farming from a handful of Jewish desert farmers who just returned to the soil very recently…

Israel’s emergency aid teams are always first on the scene to help when natural disasters strike.

The world is witness and beneficiary to the fact a handful of Jews have fulfilled the Biblical promise that the Jews will indeed be a blessing for the world.

So why does Iran want to destroy us? Our Arab neighbors? Why the hate from Europe? Why does the family of nations at the UN have it in for us? Why? Why?

I just finished guiding a group of six Chinese young professionals. They were a high tech bunch and very curious about the tiny country they chose to visit.

Some takeaways from the group:

–They said that the Chinese and the Jews are the smartest people on earth.
–They feel that Israel and China has much in common; strong family ties, very long traditions and history, not understood by the world, surrounded and threatened by enemies.

and I thought this last one was cute-

–They do not care much for Arabs or Muslims. They see them as backwards and crude. (Don’t blame me!)

I do not see Sharia law being discussed in China or the Chinese being awoken by Mosque loudspeakers (as I am) in the near future.

They understand that their country is not a democracy and that “only a strong leadership can keep China united and prevent civil war.” Interesting.

They do not know much about Tiananmen Square other than that “outsider instigators” were trying to weaken China through the students.
I did not even mention Tibet.

They are very proud of their country’s accomplishments and accept the price paid in the lack of western style freedoms.

Mao remains the national hero who saved and united China.
The cultural revolution was a mistake in which Mao was misguided by advisors.
Sixty million dead was not a good thing but nothing is perfect.
These are the thoughts of my young Chinese professionals.

They reminded me of a story I heard a few years ago.
An Israeli general was invited for an official visit to China. He commented to his Chinese counterpart that he is jealous of China.
“Why?” asked his host.
“Because as huge as your country is, you would fight forever and not relinquish even one grain, right?”
“Of course,” answered the Chinese general.
“Well, my tiny country is trying its best to give away huge parts of it…”

This made me ask myself,” are the Jews and Chinese really the two smartest people in the world..?”

Somebody is looking after us out there. Sometimes despite ourselves.

The first sixty-nine years are always the most challenging,
AND,
It only gets better. 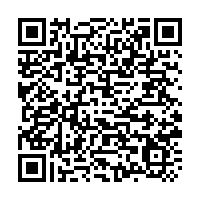