{Written by Yehuda HaKohen and posted to the Israel Rising website}

In order to appreciate the full significance of Israel’s Independence Day, one must clarify what the day is meant to commemorate, as well as what this connotes within the context of Jewish history and Torah Law. One of the major reasons for the celebration of Yom HaAtzmaut is to rejoice in the restoration of Hebrew independence in the Land of Israel following a long and bitter exile of the majority of Jews from our soil. Yom HaAtzmaut celebrates the liberation of Eretz Yisrael from British rule and the reestablishment of Jewish political sovereignty over our country.

In his supplement to the Rambam’s Sefer HaMitzvot, the Ramban teaches that it is a Torah commandment in every generation that the Nation of Israel take control of and inhabit the entire Land of Israel.

“This (a war to liberate Eretz Yisrael) is what our Sages call milḥemet mitzvah (obligatory war). In the Talmud (Sotah 44b) Rava said, ‘Yehoshua’s war of liberation was an obligatory duty according to all opinions.’ And do not err and say that this precept is the commandment to vanquish the seven nations… this is not so. We were commanded to destroy those nations when they fought against us and had they wished to make peace we could have done so under specific conditions. Yet we cannot leave the land in their control or in the control of any other nation in any generation… Behold, we are commanded with conquest in every generation… this is a positive commandment which applies for all time… And the proof that this is a commandment is this: ‘They were told to go up in the matter of the Spies: ‘Go up and conquer as HaShem, G-D of your fathers, has spoken to you. Do not fear and do not be discouraged.’ And it further says: ‘And when HaShem sent you from Kadesh Barnea saying, Go up and possess the land which I have given you.’ And when they did not go up, the Torah says: ‘And you rebelled against the Word of G-D, and you did not listen to this command.’” (Positive Commandment 4 of the Ramban’s supplement to the Rambam’s Sefer HaMitzvot)

The Ramban asserts that the conquest of Eretz Yisrael is a mitzvah for Israel in every generation and that we are forbidden from allowing any part of our country to fall into – or remain under – gentile control. It is found in the Shulḥan Arukh that all of the arbitrators of Torah Law (Rishonimand Aḥronim) agree with the Ramban concerning this issue.

“All of the Poskim, both Rishonim and Aḥronim, decide the Law in this fashion on the basis of the Ramban.” (Shulḥan Arukh, Even HaEzer section 75, Pitḥei Tshuva 6)

The Nation of Israel is eternally commanded to conquer and implement Jewish sovereignty over our country. Yom HaAtzmaut commemorates the fifth day of Iyar, 5708, when Israel fulfilled this mitzvah for the first time in nearly two thousand years by declaring Hebrew independence in portions of our homeland.

Aside from renewing the mitzvah of Hebrew sovereignty, there is another essential reason to celebrate Yom HaAtzmaut. The Megillat Ta’anitteaches that it is a mitzvah to thank HaShem for the miracles He performs. This was the basis for sanctifying Ḥanukah and Purim. And like Ḥanukah, Yom HaAtzmaut commemorates the triumph of a small and ill equipped band of Jewish freedom fighters over one of the world’s most powerful empires.

The British had ruled the Land of Israel since World War I and had done everything in their power to prevent Jewish independence. While Israel’s political leadership grudgingly acquiesced to Britain’s imperialist designs, a courageous minority of revolutionaries launched a war of liberation that eventually succeeded in attaining independence. As Hebrew fighters displayed tenacious heroism in the face of nearly impossible odds, HaShem worked through these fighters to force the British Empire from Palestine. And it was on the fifth of Iyar – Yom HaAtzmaut – that the Union Jack was ultimately lowered from the Jewish homeland.

Throughout the period of our exile, scattered Jewish communities have had the authority to establish what is called a “Purim Katan” – a sacred day of thanksgiving meant to express gratitude to the Kadosh Barukh Hu for saving a community from danger. Since Yom HaAtzmaut is a day on which a miracle occurred for the entire Jewish people, it is a Torah precept to ordain a public festival for commemoration of HaShem’s kindness towards His people. Israel’s Chief Rabbinate declared that the nation recite Hallel on this day in order to remember the miracles performed on Israel’s behalf.

But if the commandment is really so obvious and clear, why would so many great scholars appear so unsure about – or often even vehemently opposed to – the State of Israel and the celebration of Yom HaAtzmaut? The Gaon of Vilna answers this question in Kol HaTor (the Gaon’s teachings regarding the redemption process compiled by his student Rabbi Hillel Rivlin of Shklov).

“The Sin of the Spies… hovers over the Nation of Israel in every generation… How strong is the power of the Sitra Aḥra that it succeeds in hiding from the eyes of our holy fathers the dangers of the klipot; from the eyes of Avraham our father, the klipah of exile… and in the time of the Messiah, the Sitra Aḥra attacks the guardians of Torah with blinders… Many of the sinners in this great sin of, ‘They despised the cherished land,’ and also many of the guardians of Torah, will not know or understand that they are caught in the Sin of the Spies, that they have been sucked into the Sin of the Spies in many false ideas and empty claims, and they cover their ideas with the already proven fallacy that the mitzvah of the settlement of Israel no longer applies in our day, an opinion which has already been disproven by the giants of the world, the Rishonim and Aḥronim.” (Kol HaTorchapter 5)

The Torah debate over Yom HaAtzmaut is actually far more psychological than legal. Those who relate to Jewish history as having played out in ancient times, but being currently paused until the eventual arrival of a Messiah, generally restrict Jewish life to matters of “religion” often divorced from public life and national developments. But those who view themselves as participants in history and active characters in an incredible living story appreciate how current events – and even the actions we take – can have the power to impact and influence the Hebrew calendar.

The most amazing miracle of Yom HaAtzmaut is perhaps the foundation for all of the others. After so many centuries of persecution in exile, HaShem placed a new spirit of valor into our people. For the first time in modern history, a generation of Jewish heroes arose – willing to lay down their lives for the liberation of their homeland. And even more astonishing than this is the fact that the Kadosh Barukh Hu strengthened the hearts of Israel’s political leaders so that they would declare independence for the Nation of Israel despite being faced with overwhelming international pressure not to do so.

Yom HaAtzmaut is the most significant world event to take place in nearly two thousand years. It was on this day that HaShem returned the Children of Israel to the stage of history so that we may lead mankind towards a world of total blessing. It is the goal of Creation that the Divine Ideal be fully expressed through Israel bringing humanity to an awareness of HaShem as the timeless ultimate Reality without end that creates all, sustains all, empowers all and loves all. The Maharal of Prague teaches in Netzaḥ Yisrael that in order for Am Yisrael to fulfill our historic mission, we must first unite as an independent nation on our soil. Only as a strong and healthy nation living a collective life of national kedusha can Israel reveal the greatness and unity of HaShem’s Ideal in every major and minor sphere of existence. Only through the vehicle of Jewish independence can we bring mankind towards a universal blessing through illuminating the world with the light of Torah.

The modern State of Israel – the foundation of HaShem’s Throne in this world – must be understood not only as His Divine handiwork but also as an early stage in the development of universal redemption – a process that unfolds through a series of historic events. While the current Jewish state has not yet reached the greatness for which it is destined, it must be recognized that the physical vessel once again exists in our world and will eventually grow to reveal its exalted inner potential. After so many centuries as a ghost walking through history, Israel again functions as a living nation on the world stage. The Jewish people has taken an enormous step forward by reestablishing Hebrew independence in portions of Eretz Yisrael. While the mere existence of a Jewish state was never the final goal of our ancient yearnings, it is certainly a powerful vehicle with which to now achieve Israel’s greater aspirations. The liberation of our people will continue to progress as new heroes arise to confront the challenges of our generation and advance Jewish history to the next stages of redemption.

When A Judge Can’t Make Up His Mind 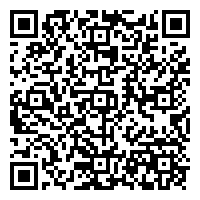