Home Blogs Shalom Pollack Tours Yad Vashem and PC
Share on Facebook
Tweet on Twitter
Photo Credit: Flash 90
I have guided in Yad Vashem for the last thirty-seven years. That is a long time and many visits.
It is one of those experiences that one never really gets used to.
One of the more alarming aspects of the Holocaust was the fate that awaited the Jews of Eretz Yisroel had Hitler/Rommel/Sadat (yes Sadat, the Nazi spy)  Haj Ami Husseini (the founder of “Palestinian nationalism”) had their way.
This intimate collusion between German/Arab hatred of the Jews was illustrated in a very clear and straight forward way in the “old” Yad Vashem.
With the design and construction of the present Yad Vashem, this very obvious lesson in history has been dwarfed.
For years I have been disappointed by this dramatic change  as my guests and the others who visit,  are no longer confronted by the unforgettable juxtaposition of the two, floor to ceiling shots:
On one wall was the famous picture of Husseini and Hitler sharing a mutually admiring moment.
On the opposite wall was another large picture of Jewish soldiers in the British army’s Jewish Legion, replete with Jewish symbols.
Words were not needed.
It was one of the more dramatic and clear messages presented in the museum.
However, something happened on the way to the expansion and redesigning of Yad Vashem over a decade ago.
This powerful and yet simple juxtaposition of the roles the Arabs and Jews played in the war vanished.
The following is a letter I wrote recently  to Yad Vashem expressing my concern:

My name is Shalom Pollack, licensed tour guide for thirty-seven years.
Needless to say, I have guided visitors in Yad Vashem on many hundreds of occasions.
One of the lesser known aspects of the Holocaust is the part played by the Grand Mufti of Jerusalem, Haj Amin el Husseini. His role was revealed to the public in a clear way in the former museum as you are surely aware.
The floor to ceiling photo of the mutually admiring Hitler and Husseini did not need many captions.
I have always found that visitors appreciated being educated to this revelation for them.
After writing Yad Vashem a few  years ago about this, the reply was,”in the new museum, we place a greater emphasis on the  victims than on  the perpetrators.”
However, just five paces from the now minuscule, well hidden, photo of the Mufti and Hitler in a dark corner is an entire wall of perpetrators, though they are German and not Arab. German sensibilities are still fair game but not Arab.
So much for not emphasizing the perpetrators…
I  understand that the new museum is a “post Oslo” design and I  have heard that PLO leader Faisal Husseini(“Oslo was a Trojan Horse”) was outraged that his great uncle was so exposed, and thus the revision by Yad Vashem.
Whether this is a true anecdote or not, I protest the state of the current very PC Holocaust narrative.
It is robbing the visitors of an important piece of the Holocaust history and is a humiliating concession to a major murderous ally of Hitler in the extermination of our people; all this, I fear, in the service of the disastrous policy of appeasement to our “Oslo peace partners”.
Is it not the time to awaken from our illusion and stupor?
I write this letter not for personal gain or for want of better things to do with my time.
I just care very much about our people and about truth, especially in an era of devastating moral relativism and Holocaust denial.
Before I make this letter public – as public as I can, I eagerly wait to hear from you that Yad Vashem is going to fix the irresponsible and damaging current display
With  respect,
Shalom Pollack
Yad Vashem replied to this letter, claiming that they “do indeed tell the story of the role played by the Mufti in detail”.
They may do so, but far, far fewer visitors confront the information than before.
I suspect, by design
The infamous Hitler /Husseini photo is one fiftieth its previous size and hides in a dark corner hoping to be undiscovered.
I also know that visitors and even local guides of Yad Vashem are not familiar with the chapter of massive Nazi – Arab collaboration. I asked some of the local guides if they explain this aspect of the Holocaust to visitors.
One told me, “no”. Another said,” it’s too political”. Another told me she “was not aware of it”. Yet another said, “we are  discouraged to do so.”
Despite the expected bureaucratic response of Yad  Vashem, it is clear to me that my suspicions are indeed correct.
I believe that this must be corrected and restored to its former rightful place.
Enough sacrificing of truth and self-respect upon the altar of PC.
I will  indeed do all I can to make this happen and invite you to join my efforts on behalf of the memory of the Holocaust, the Jewish people, and Israel
Advertisement 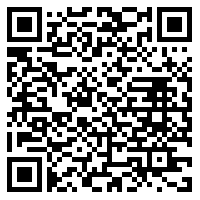