Federal prosecutors in New York on Wednesday charged former Turkish government minister Mehmet Zafer Caglayan and senior executives of Turkey’s state-owned Halkbank of conspiracy to launder hundreds of millions of dollars through the US financial system in the service of Iran, in return for tens of millions of dollars in bribes, Bloomberg and Reuters reported Thursday morning.

The new charges could generate yet another conflict between the US and Turkey. To avoid this outcome, President Trump’s close associate Rudy Giuliani, who is the attorney representing Reza Zarrab, has met with Turkish President Recep Tayyip Erdogan to discuss getting the entire case dismissed.


Erdogan, predictably, accused New York federal prosecutor Preet Bharara, who arrested Zarrab, of being under the influence of Erdogan’s sworn enemy Fetullah Gulen, who is in exile in Pennsylvania. Since then President Trump has fired Bharara who was also investigating the case against the Trump campaign’s collusion with the Russians.

Prosecutors said that Mehmet Zafer Caglayan, who was Turkey’s minister of the economy under Erdogan at the time, helped to orchestrate the money laundering conspiracy using the services of Halkbank executives who carried out “deceptive transactions.” The same prosecutors believe the former minister was compensated with tens of millions of dollars in cash and jewelry for his service to Iran, in violation of US law.

The new charges expand the prosecution of Turkish-Iranian trader and financier Reza Zarrab and Halkbank executive Mehmet Hakan Atilla, ahead of their trial scheduled for Oct. 30. The case as of today includes allegations against nine defendants who helped Iran make payments through the US financial system before the Obama nuclear deal, when sanctions against Iran were spiraling over its nuclear schemes.

According to Bloomberg, the beneficiaries of the money laundering transactions included Iran’s Mahan Airlines, known for providing its services to Hezbollah.

Zarrab’s lawyers say the businessman was arrested together with his wife and their 5-year-old daughter in March 2016, on their vacation at the Walt Disney World Resort in Orlando. He has been detained in New York ever since. 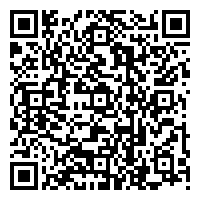